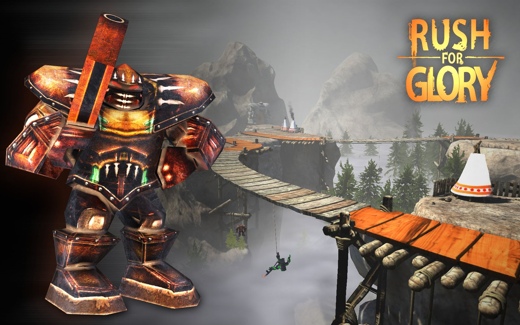 Rush for Glory is a challenging and rewarding 3D Tower Defense Game in which players defend their base against an alien invasion.

The developer of Iranian video game Rush for Glory, popular among foreign gamers, has announced the game’s upcoming release in Iran’s market.

Sajad Bigjani, the project director of Rush for Glory at Parse Game Studio, also said the game would soon be released for the new-generation console Xbox One.

“Rush for Glory is a 3D Tower Defense Game that has so far been released in Germany, Britain, the US, Poland and Czech via a German distributor. The game is also available on Steam and other digital game stores,” he said.

Bigjani noted that the game has not been released in Iran yet, but has succeeded in drawing a positive response overseas.

The game has a seven out of 10 rating on Steam’s official site.

“To release the game on a console we have planned to change a lot of things about the gameplay, the controller, game levels, characters and other elements,” he said.

Bigjani said that Iran’s game market has enormous potential for the game and Parse Game Studio is eager to release Rush for Glory in Iran as soon as they find a proper game distributor.

Rush for Glory is a challenging and rewarding 3D Tower Defense Game, in which players defend their base against an alien invasion. By strategically building towers and upgrading them, the player can keep his base safe and further progress through the extensive single-player campaign.

Over 30 types of enemies, terrifying level bosses as well as a wide variety of towers and upgrades have made Rush for Glory a unique Tower Defense experience.