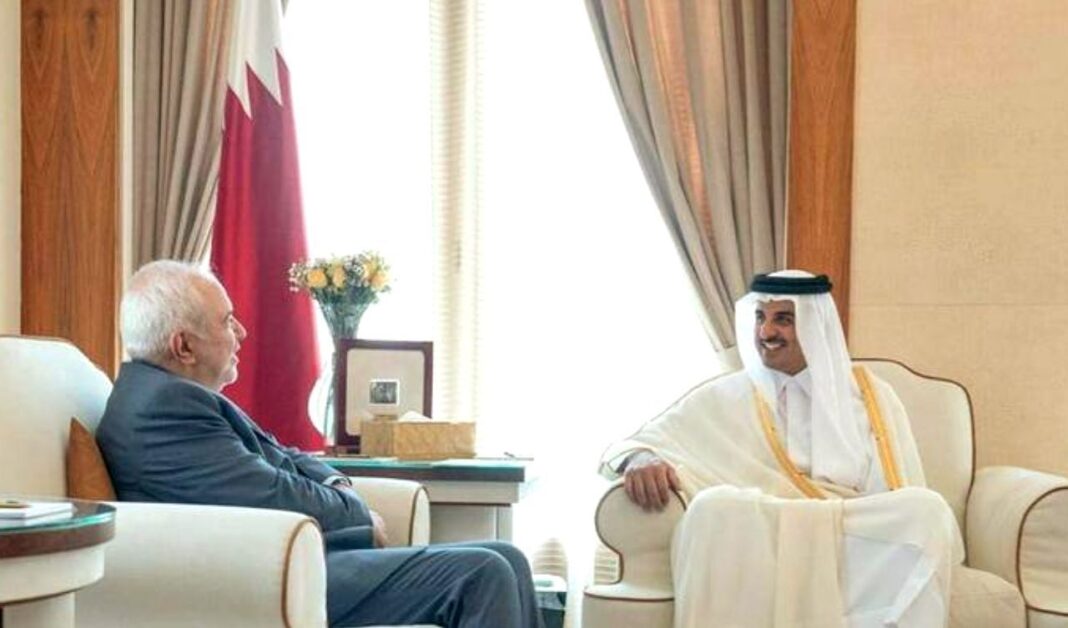 In his short trip to Doha on Monday, Foreign Minister Zarif held separate meetings with his Qatari counterpart and with the Arab country’s Emir.

In the meeting with the Qatari leader, Zarif highlighted Iran’s policy of expansion of relations with all neighbours, and described the bonds with Qatar as an example to Iran’s political relations with the other regional countries.

“Economic terrorism against the Iranian nation is ineffectual and has escalated insecurity in the region,” Foreign Minister Zarif deplored.

The Emir of Qatar, for his part, pointed to the close and brotherly relations between Iran and Qatar, stressing the need for bilateral consultation about the regional and international issues and for joint efforts to address the region’s problems.

The Qatari emir also highlighted Qatar’s constant readiness for the establishment of peace and stability in the region.

In the other meeting with Qatar’s foreign minister earlier on Monday, Zarif underlined that the security of Persian Gulf must be ensured by its littoral states, not foreign forces whose presence only brings about insecurity.