Iranian FM: Afghanistan crisis can be solved through inclusive government 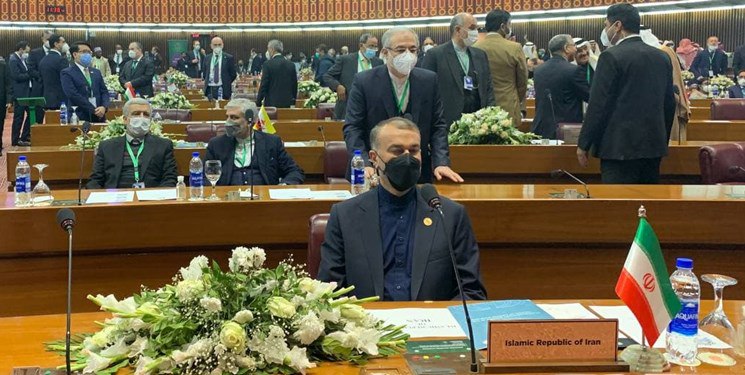 Iran’s Foreign Minister Hossein Amir Abdollahian says the Islamic Republic believes lasting security and political and social stability in Afghanistan are in the best interests of the whole region.

Amir Abdollahian was speaking the at the ministerial meeting of the Organization of Islamic Cooperation in Islamabad on Sunday.

He added that security and stability in Afghanistan is possible only through the formation of an inclusive and effective government representing all ethnic and religious groups.

Amir Abdollahian warned that a delay in the formation of a broad-based government will give the enemies of the Afghan people the opportunity to create chaos, poverty and famine in Afghanistan through the spread of terrorism.

The Iranian foreign minister also spoke of Iran’s efforts to help Afghan refugees. He said the Islamic Republic has hosted millions of displaced Afghans for the past 40 years, adding that more than 5,000 Afghans enter Iran daily.

Amir Abdollahian urged the international community to give assistance to Iran for the Afghan refugees.

He further slammed the US move to freeze Afghanistan’s assets, saying Washington must unlock them to help meet the humanitarian needs of Afghans.

The foreign minister said since the beginning of the recent developments in Afghanistan, Iran has tried to facilitate human and commercial traffic by opening its borders and has provided extensive assistance to the government and people of Afghanistan in the fight against Covid 19, including vaccination of Afghan nationals residing in the Islamic Republic of Iran.

Amir Abdollahian also touched on the Palestinian issue. He said the return of all Palestinians to their ancestral land and the formation of a Palestinian state throughout their historic homeland with al-Quds as its capital should be emphasized by the OIC.

He added that the experience of the so-called peace process with the fake Israeli regime and the normalization of relations with Tel Aviv show that the Palestinian issue can only be resolved with a complete and real end to the illegal occupation of this Islamic land.