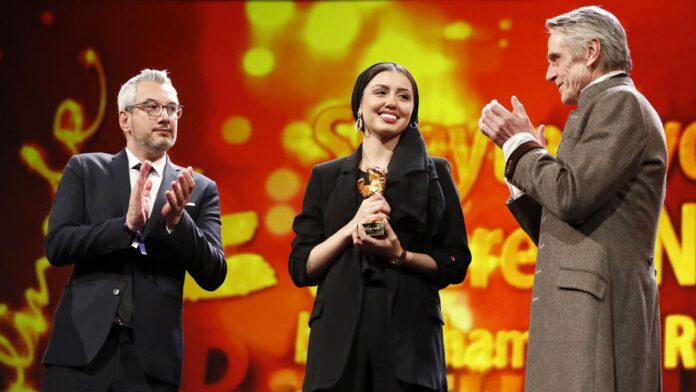 “There Is No Evil”, the latest film directed by Iranian filmmaker Mohammad Rasoulof, has won him the Golden Bear in the main competition section at the 70th Berlin International Film Festival.

The closing ceremony of Berlin International Film Festival 2020 was held in Germany’s capital on Saturday night.

The jury, presided by British actor Jeremy Irons, picked There Is No Evil, directed by Mohammad Rasoulof, as the winner of the Golden Bear in the main competition section of the festival.

The film tells four stories about four characters facing an unimaginable, but simple, moral dilemma which would affect their relations and entire life directly and indirectly.

There Is No Evil is a joint production of Germany, the Czech Republic, and Iran.

Baran Rasoulof, who also stars in the film, received the Golden Bear on behalf of his father Mohammad Rasoulof.

By winning the top award at the Berlin International Film Festival, There Is No Evil joined the other Iranian films receiving prizes in the festival, such as “Still Life” directed by Sohrab Shahid-Saless which had won the Silver Bear in 1974, or “A Separation” written and directed by Asghar Farhadi that won the Golden Bear in 2011.

The Berlin International Film Festival, usually called the Berlinale, was founded in in 1951 in a city divided into two parts. The festival soon became a venue for cultural interaction, film criticism and discussion on social subjects.