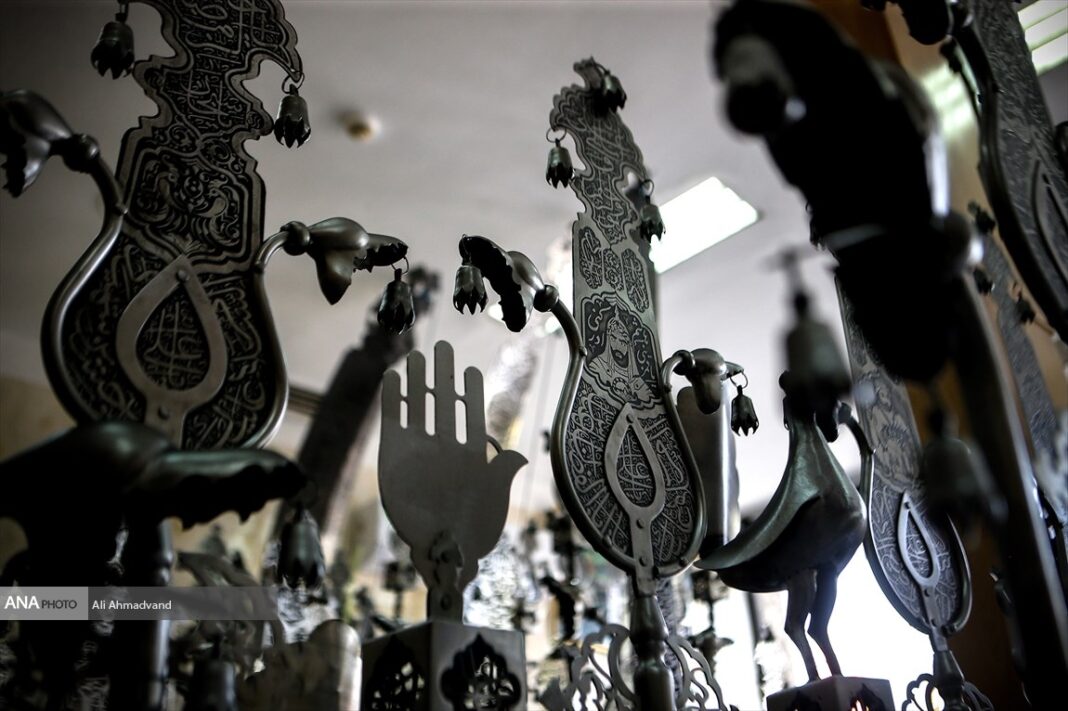 Manufacturing Alamat, a symbolic banner made of metal used in Muharram mourning rituals, has become a family profession for the Hosseinis in downtown Tehran.

The “Hosseini Bros.” workshop has been making Alamats for about 70 years. Many old people involved in holding ritual mourning ceremonies in honour of Imam Hussein (PBUH) recall that the Hosseinis established one of the first Alamat-making workshops in capital Tehran decades ago.

The business booms every year in the lunar calendar month of Muharram.

Craftsmen making Alamat usually engrave the phrase Allahu Akbar (an Islamic phrase meaning God is the greatest) on the crests of its metal blades, and decorate the other parts with inscriptions from the verses of Quran, the Arabic attributes of God, Shiite prayers paying tribute to Imam Hussein, and with the names or even drawings of the Shiite Imams.

The artisans use various methods to engrave words or pictures on the metal blades, such as pressing silver, toreutics, or pickling with acid.

Alamat is a large and heavy metal banner with multiple blades that is carried in religious processions, particularly in the mourning ceremonies of Muharram.

What follows are photos of the workshop and the Alamats retrieved from the Azad News Agency (ANA):