Iranian Drones Monitoring All US Vessels in Persian Gulf: Commander 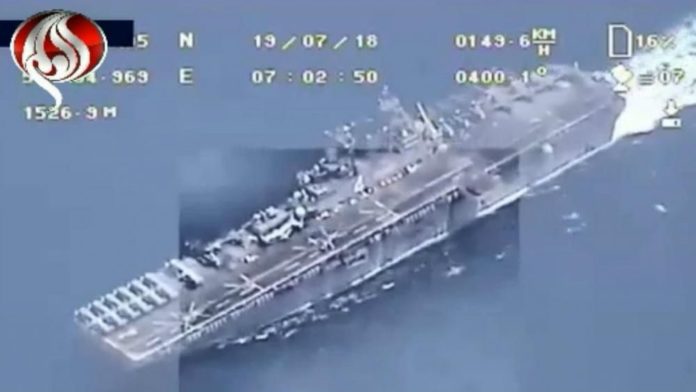 A senior Iranian commander says the country is monitoring all US vessels right from the point of origin all the way to the Persian Gulf region.

Commander of the Army’s naval division, Vice Admiral Hossein Khanzadi, said Iranian drones keep monitoring American ships as long as they are plying across the Persian Gulf and the Sea of Oman.

He said the monitoring is done in full compliance with international regulations.

The admiral noted drones provide up-to-date images of US vessels on a daily basis. The top commander further said Iran is in possession of long-range and intercontinental unmanned aerial vehicles, which will be used if need be.

He underlined that security in the region should be ensured by regional countries, and that the presence of foreign troops in the region will only fuel insecurity there.

The commander said the presence of US troops in the Persian Gulf region, which is around 32,000 kilometres away from their country, is pointless.

He said the US only aims to threaten powerful regional countries in order to prevent the formation of regional alliances.

He also noted that selling weapons to regional countries and stockpiling arms in the region will only waste the resources of regional nations.

The top commander stressed to need for collective cooperation among regional countries in order to ensure collective security.