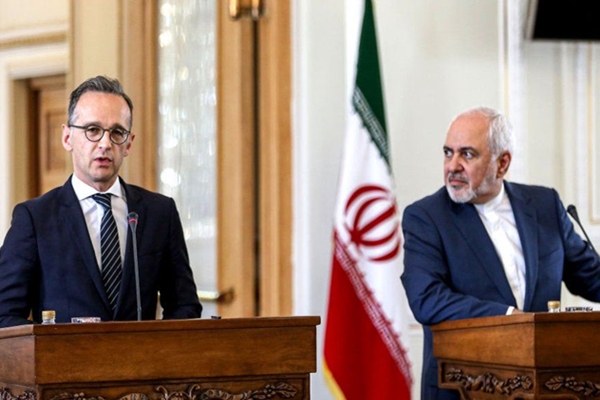 In a front page article, Kayhan wrote that German authorities have argued their goal of traveling to Tehran is to mediate and ease tensions between Iran and the US and help salvage the JCPOA. This comes as Germany is a country known for being America’s servitor.

“How can Germany protect the rights of Iran while it always serves the US, and without Washington’s permission cannot even provide the Iranian foreign minister’s jet with fuel on its soil?” reads an article by Kayhan.

Germany has never referred to its own and other European parties’ (France, Britain) inaction in the fulfilment of their commitments. In a situation that Germany owes much to Iran, it tries to show itself as a demanding party claiming that Iran should fulfil its obligations unilaterally!

More than a month has passed from Iran’s 60-day deadline to Europe. In the current situation, Germany has to answer what steps have been taken to comply with this deadline. Now, it cannot blame Iran which has complied with all its obligations according to the IAEA’s 15 reports.

Kayhan goes on to say that in October 2017, in an insincere attempt the German embassy in Tehran put up a poster on its wall reading “Aye to the JCPOA”, at the same time, however, the country’s foreign minister in an irresponsible comment said that Berlin was prepared to increase diplomatic pressure on Iran along with the United States.

At that time, the German embassy in Tehran published some photos in cyberspace. In these photographs, the German ambassador was shown standing next to the posters in talks with the citizens of Tehran. The posters featured comments by former German Foreign Minister Sigmar Gabriel and the country’s ambassadors to Iran and the United States. The posters read “We do not like to endanger the nuclear deal with Iran, let alone end it, not today or in the future.”

This hypocritical act by the German embassy and a ridiculous gesture of standing next to the Iranian nation came in a situation that Germany did not support the Iranian people after the signing of the deal – exactly like before the JCPOA.

Germany has never fulfiled its obligations after the JCPOA. For example, in March 2017, it refused to provide fuel to the airplane carrying our country’s Foreign Minister, Mohammad Javad Zarif.

In the summer of 2018, after the unilateral withdrawal of the United States from the nuclear deal, European companies, including several German ones rushed to leave Iran without paying attention to their commitments.

In September 2018, German Foreign Minister Heiko Maas said “We are pursuing common goals with the US regarding Iran. Just the paths we are taking are different from each other.”

In December 2018, when the EU was claiming to open a financial channel with Iran, the German telecommunications company cut off the Iranian banks’ internet service and landlines in a rude move.

Kayhan says these are only part of Germany’s inaction in fulfiling its obligations. German authorities have claimed that their goal of traveling to Tehran is to mediate to salvage the JCPOA and reduce tensions between Iran and the United States, while Germany is a country known as the US servitor.

Saying that Germany has been one of the countries that provided Saddam Hussein with weapons during the imposed war on Iran, Kayhan concludes that German foreign minister’s visit to Tehran can never protect the rights of the Islamic Republic.

This Iranian daily also refers to the fall of US dollar exchange rate in Tehran at the time of German official’s visit to Tehran claiming that it is a psychological move by a domestic movement to instill that this is only the beginning and if Tehran starts negotiations with the US the exchange rate would fall more and more!