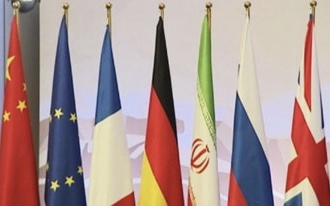 Iran's Kayhan newspaper has predicted that the upcoming negotiations between Tehran and the P4+1 group of countries in Vienna will be tough given the stances of the American and European sides.

The daily says in an opinion piece that no outcome should be expected from the talks in 2021 and that all eyes are focused on negotiations that will probably be held next year.

Kayhan has quoted French analyst Harold Hyman as saying that the Europeans have taken a tough stance, but unlike in the past, Iran has abandoned passivity and has consolidated its position, and this is similar to the game of poker, which is not what the Europeans want.

Iran and the P4+1 group namely, Russia, China, Britain, France and Germany will resume their negotiations in the Austrian capital Vienna next week.

U-S representatives will also be in the city but not in the same room as Iranians won’t directly talk to the party that unilaterally withdrew from the international nuclear deal.

Between April and June, the Islamic Republic and the P4+1 held six rounds of talks in Vienna to find a path back into compliance with the Joint Comprehensive Plan of Action.

The JCPOA is currently in tatters because the United States withdrew from it in 2018, the European parties have failed to abide by their commitments or make up for damage from the U.S. withdrawal and Iran has rolled back some of its commitments in response to violations by the Western parties.

Iran insists that negotiations with the remaining JCPOA parties must lead to the removal of all sanctions against Tehran and the U.S. must offer guarantees that it will not withdraw from the deal again.