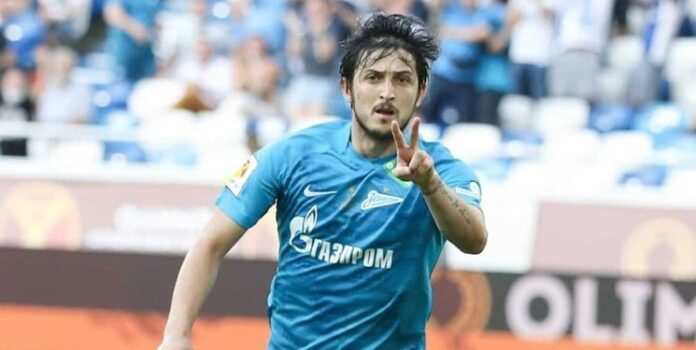 Iranian striker Sardar Azmoun has been named Zenit Saint Petersburg’s footballer of the month.
The 26-year-old was voted player of the months of July and August by Zenit’s supporters.

Having scored five goals this season, he is currently the second-highest scorer of the Russian Premier League.

This is Azmoun’s fourth season with his club. He has shot Zenit Saint Petersburg to three successive titles.

Azmoun is currently considered the most accomplished Iranian footballer in the European leagues.