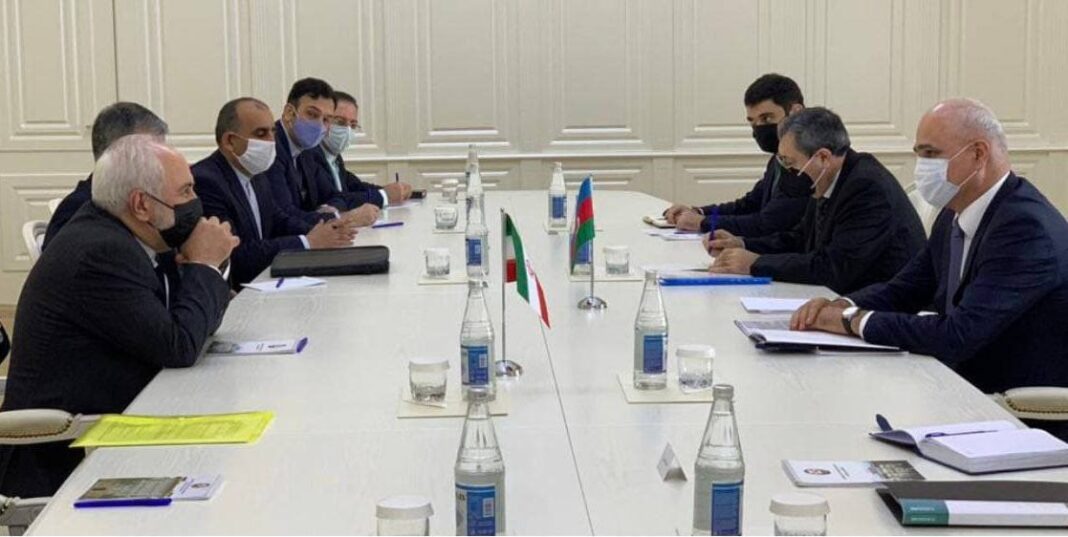 In the Monday meeting, the Iranian top diplomat and the Azeri official, who is also the co-chairman of Iran-Azerbaijan Joint Economic Cooperation Commission, discussed the latest developments in bilateral economic relations as well as other fields of mutual cooperation.

Zarif praised Mr Mustafayev’s special position and his efforts to promote cooperation between the two countries, especially considering the achievements of the recent meeting of the Joint Economic Cooperation Commission which was held in Tehran last week.

He also expressed Iran’s preparedness for serious and effective participation in the reconstruction of the liberated areas, especially in the fields of energy, technical-engineering services, agriculture, mine clearance, and repairing mosques and historical-cultural sites.

The Azeri official, in turn, praised Iran’s stances on the Karabakh crisis, and highlighted Baku’s plans for using the capacities of the liberated areas for establishment of stability and development. He also elaborated on certain economic, transit, and transport projects in the region.

Mustafayev further provided explanations regarding the achievements of the 14th meeting of Iran-Azerbaijan Joint Economic Cooperation Commission on bilateral collaborations in the fields of mine clearance, use of Iranian companies in the reconstruction of liberated lands, agriculture, reconstruction of religious and cultural sites, transport and logistics, railway, bridge construction, and providing facilities for cargo transportation from Iran without any need for unloading the cargo in Azerbaijan’s customs offices.