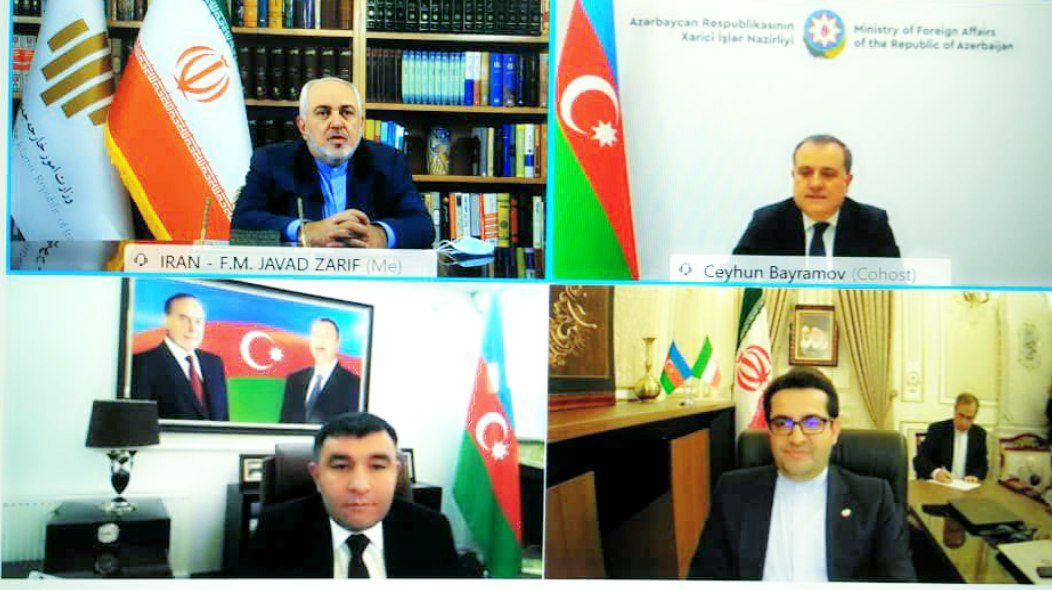 Iranian Foreign Minister Mohammad Javad Zarif and his counterpart from the Azerbaijan Republic Jeyhun Bairamov had a videoconference call on Wednesday.

In this conversation, the two top diplomats discussed the latest developments pertaining to mutual relations as well as the post-war situation in the region.

In the virtual meeting, which was also attended by both countries’ ambassadors, the two ministers urged further promotion of reciprocal ties.

They also exchanged views on Tehran-Baku cooperation at international circles as well as on the Caspian Sea, reconstruction projects, incomplete projects, putting the Khoda-Afarin Dam into operation, the Rasht-Astara railway, the North-South and East-West corridors, and holding a meeting of Iran-Azerbaijan joint economic commission.

They also discussed other issues of mutual interest.

The two top diplomats further called borders between the two countries “borders of peace, friendship and cooperation,” and underscored the need to ensure their security.

Zarif also invited his opposite number to visit Tehran in the near future.