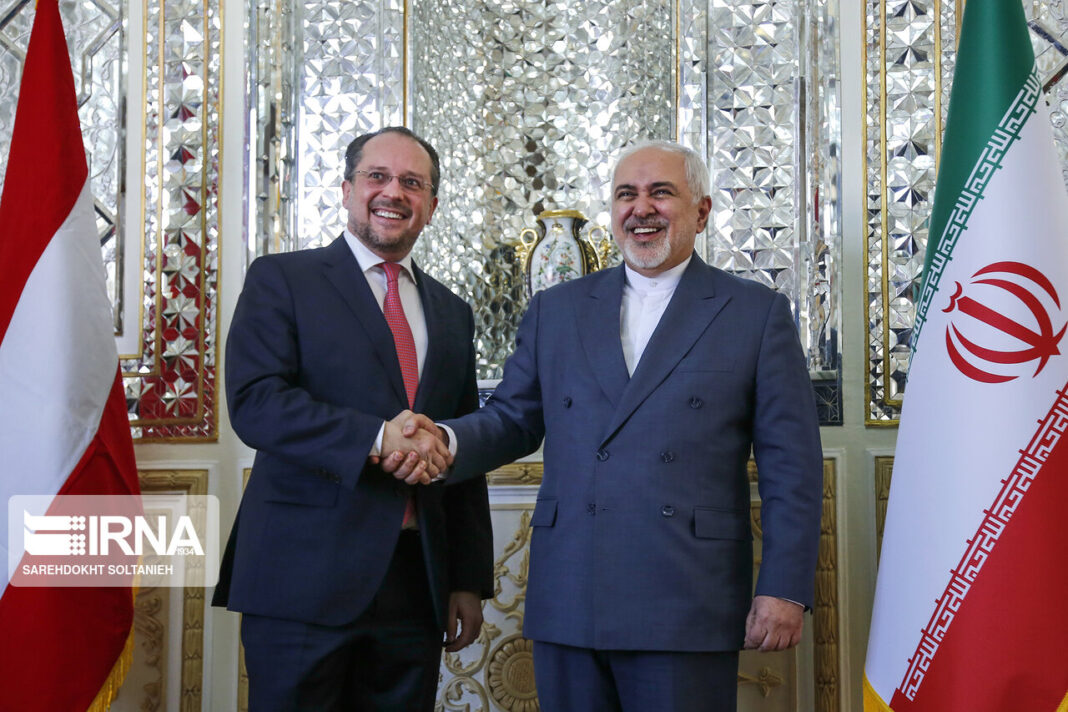 Minister of Foreign Affairs of the Islamic Republic of Iran Mohammad Javad Zarif and his Austrian counterpart Alexander Schallenberg have held talks in Tehran.

Austrian Foreign Minister Alexander Schallenberg, who has visited Iran at the head of a diplomatic delegation, held the first round of negotiations with the Iranian Foreign Minister in Tehran on Sunday morning.
In the meeting, the two sides welcomed the expansion of close bilateral relations between Iran and Austria and stressed the need for plans to promote and deepen the ties in all fields.
The main topics of the first round of talks between Foreign Minister Zarif and Schallenberg included the latest developments surrounding the JCPOA and the European parties’ commitments to the nuclear deal.
At the conclusion of the first round of their negotiations, the two top diplomats are going to visit the president of the Islamic Republic of Iran. Afterwards, they will resume their negotiations in the second round in the Ministry of Foreign Affairs of Iran on Sunday noon.