Iranian Artwork on Display at French Institute of Muslim Civilisation 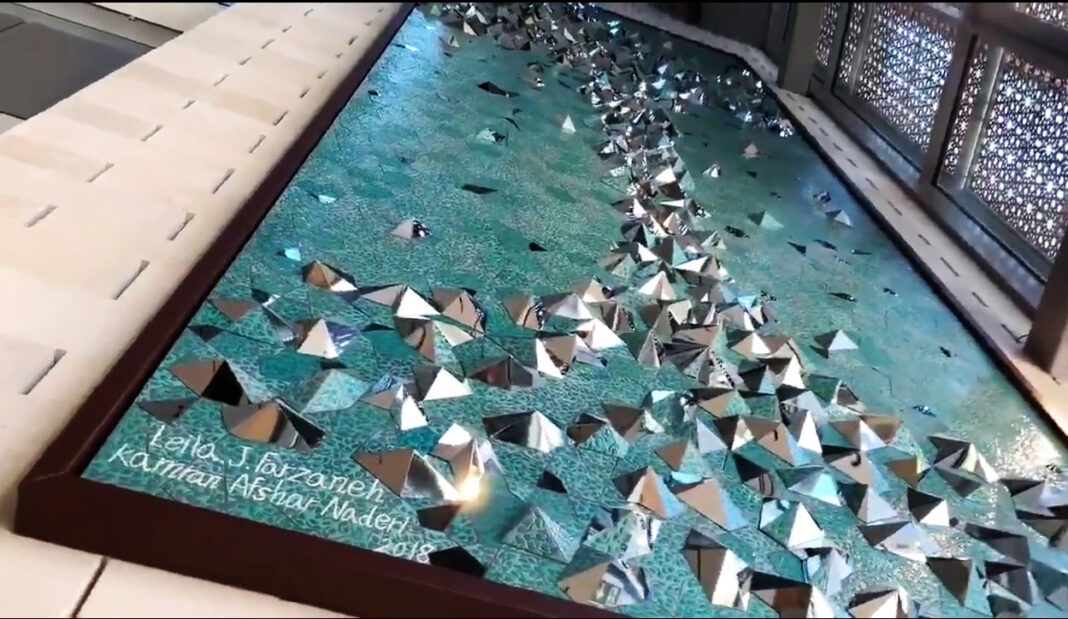 The Tree of Life, a conceptual work of art created by two Iranian artists, is on display at the French Institute of Muslim Civilisation (IFCM) in Lyon.

The artwork is a joint project by Kamran Afshar-Naderi and ceramist and calligrapher Leila Farzaneh.

The unveiling ceremony was attended by high-ranking French officials, including the interior minister, the mayor of Lyon, representatives of the embassy of the Islamic Republic of Iran and the ambassadors of Islamic countries.

According to Honar Online, “Tree of Life” with its impressive dimensions attracted a lot of attention and praise at the opening of the exhibition, as French Interior Minister Christophe Castaner tweeted part of a film showing this work to announce the opening of the institute. 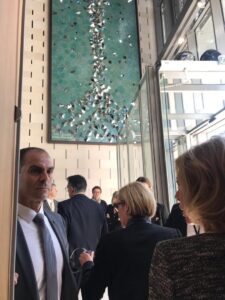 “To better understand Islamic cultures, everyone should be allowed to understand the diversity of viewpoints and have a chance for sharing their views: IFCM can be a bridge between civilisations and philosophies, and somehow it can be an opportunity and a success,” reads his tweet.

The “Tree of Life” is the only work of art currently installed at the French Institute of Muslim Civilisation and is used as the landmark of the institute.

A team of Iranian artists, architects, craftsmen and engineers has been involved in the production of this masterpiece for a year and a half.

It consists of 3,500 pieces of handmade tile adorned with green and blue Iranian motifs based on Iranian geometry.

On the tiles, there are 360 irregular polyhedral pyramids made of stainless steel mirrors. The use of mirrors has made it possible to respond to changing conditions of natural light, indoor lighting, etc.

As the visitors looking at the artwork move along, they think the leaves of the tree are moving, and therefore the tree of life always seems alive.

The artwork has been permanently installed at the main entrance of the institute.

“Tree of Life” is one of the ancient Iranian symbols related to the holly tree myth, which is also mentioned in the Qur’an and other ancient religions and civilisations.

Leila Farzaneh is a renowned ceramist, and Kamran Afshar-Naderi has a PhD in architecture from Italy and always pursued art from an architectural angle.

The French Institute of Muslim Civilisation has heavily invested in countries such as Saudi Arabia, the UAE, Qatar, etc., but thanks to the ingenuity and creativity of these two Iranian artists its entrance will bear the name of Iran forever.