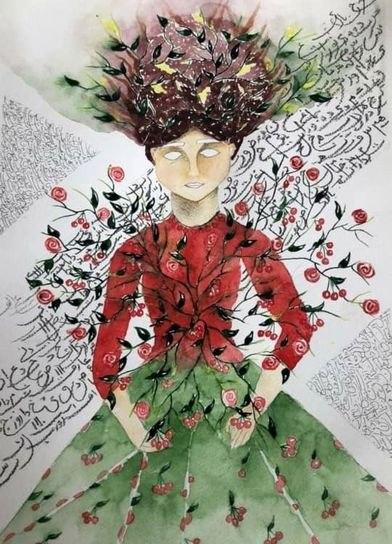 An Iranian artist has found her way into the final stage of a painting contest held by the United Nations Educational, Scientific and Cultural Organization (UNESCO).

The UNESCO painting competition is held each year for different age groups. Fatemeh Andikfar from Iran stepped up to the finals in 2019 and 2020.

“The competition was to be canceled this year due to the coronavirus outbreak, but it was announced recently that the judges had reviewed the works and top ones had been introduced. Still, an exhibition that used to be held in previous years showcasing select works was called off along with the award-giving ceremony,” she said. 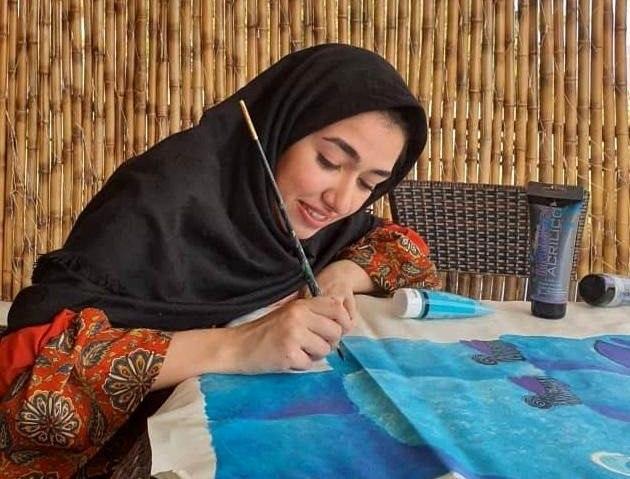 “I took part in the 18-25 age group. Every year in autumn, a call is made for taking part in the contest, and the organizers announce a subject, so that all those interested send works about that subject,” she added.

“The first year that I took part, the subject was ‘water.’ The second year, [the subject] was ‘global peace,’ the third year was ‘ancient itmes’ of each country, and the fourth year was ‘our planet, yesterday and today,’” she said.

Andikfar explained about her two works that had advanced to the finals.

“For the contest with the subject ‘ancient items’ of each country, I went to the National Museum and say different works there. I wanted to incorporate an Achaemenid symbol into my painting. So, I painted the image of a bust, coloured it sapphire blue and navy blue and used Iranian and Islamic patterns on the background,” she said.

“And for the 2020 contest, I painted a woman from whose inside different plants had grown.

I had been inspired by Anahita, the Iranian goddess of nature, to paint that image,” she said.

“Anahita is the symbol of fertility, and I wanted my work to give a feeling of growth, a change of season and starting again,” she noted.

Andikfar is now a student of graphics. She says she had been interested in painting since she was a child.

“Since childhood, I had been keen on painting and arts, and I began painting since I was at school,” she said.

“I took part in the UNESCO contest four times. I advanced to the finals in the last two years, and I was the only representative from Iran in my age group in 2019 when I was picked as a finalist,” she said.