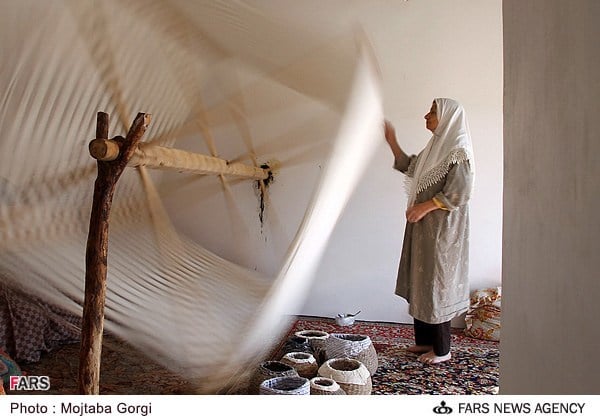 The World Crafts Council is considering registering an Iranian fabric-weaving art known as Tobafi, which is one of the major handicraft skills and traditional arts of South Khorasan province in northeastern Iran.

Three experts from the World Crafts Council, an affiliate of the United Nations Educational, Scientific and Cultural Organization (UNESCO), recently visited Tobafi workshops in Khorashad village of Birjand in South Khorasan province, eastern Iran, to take a closer look at the traditional art.

After visiting the workshops, Hijjawi-Qaddumi said the craft used to be made by men in the past, but now Iranian women have revived the precious art.

She praised the efforts made by Khorashad women to revive the art, and said the WCC team enjoyed the works done in this village.

The art has been revived thanks to the great efforts made, and its products are offered on international markets. 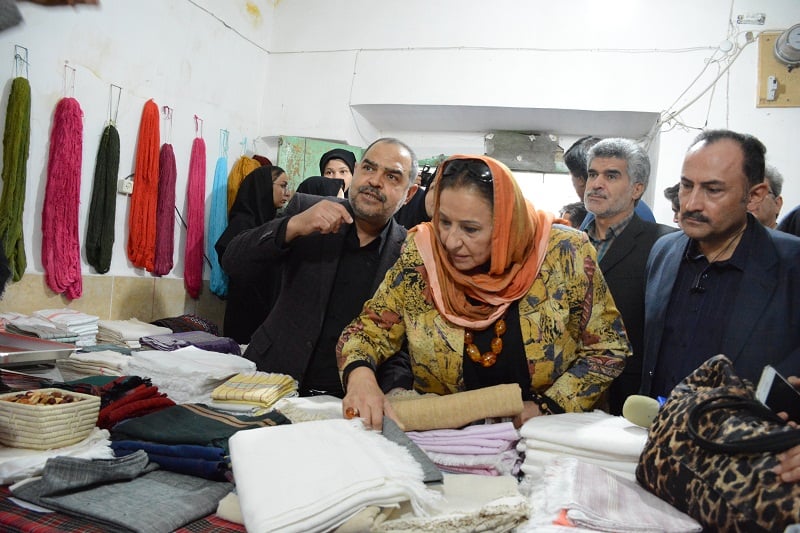 The Tobafi art, as the only handicraft skill in the province, has been nominated to receive the originality seal from the country’s Ministry of Cultural Heritage and Tourism.

In order to weave fabric with the traditional Tobafi method, they first provide raw materials such as cotton, silk or wool. Then they spin them. Afterwards, they boil the spun thread and use flour to make the thread thicker. Then they use the fabric and the fabric-weaving machine to make the final product.

The revival of the traditional fabric-weaving art began in Khorashad, and now there are other artists in other towns who do fabric-weaving. 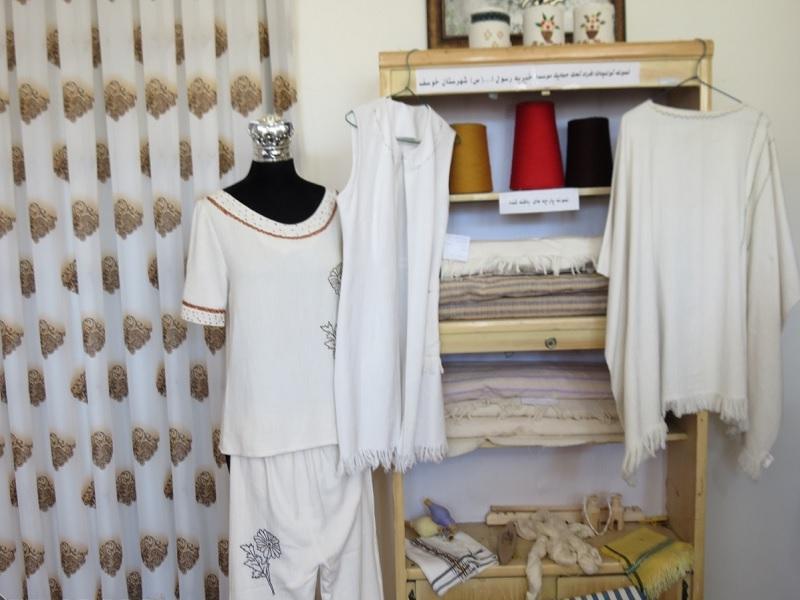 The managing director of a women’s cooperatives company has been able to revive the 300-year-old art over the past 12 years and is now offering on the world market the handicrafts woven by folks in South Khorasan province.

Since the very first years of her activity, Fatemeh Zakerian has had a successful performance in exhibitions where traditional fabrics were offered.

“One sweet event happened at the New Year exhibition in Mashhad where businessmen from Dubai showed an interest in the traditional fabrics of South Khorasan. The businessmen saw the products in the exhibit and examined the quality of the goods. Then they bought 20 coloured shawls made from plant materials. After they became confident about the quality of the products, they ordered 300 shawls in different colours,” she said.

“These shawls are made from cotton thread and dyed using traditional methods with plant materials by members of the cooperatives company,” she said.

“Traditional dying is done using the skin of different types of crops such as walnut shell, onions, oranges, saffron, garlic and powdered stone,” she added.

One of the advantages of traditional fabrics in South Khorasan is that they are made with natural fibres and the only type of coloured cotton grown in the town of Khusf.

Chemical dye is not used to make traditional clothes in this town.

Governor of the town Mohammad Sahfi’ee says the only type of coloured cotton is grown in the town of Khusf, which is a unique feature of the area.

Another handicrafts and cultural heritage official also says the traditional towels made with this type of cotton are highly absorbent. This type of towel weaving has been registered on the List of National Cultural Heritage. 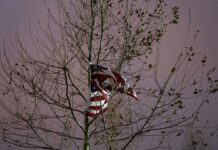 Poll: Less than 30% of Americans say US headed in right...