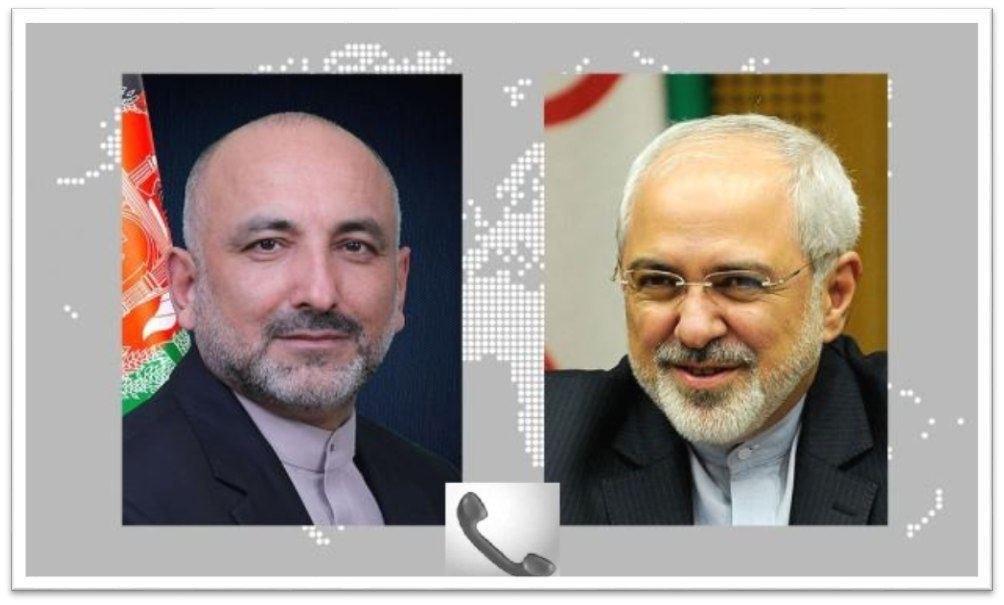 Minister of Foreign Affairs of the Islamic Republic of Iran Mohammad Javad Zarif and caretaker of the Foreign Ministry of Afghanistan Mohammad Hanif Atmar have discussed a range of issues, particularly the Afghan peace process, in a Tuesday phone call.

In the telephone conversation, Foreign Minister Zarif and Hanif Atmar talked about the latest status of negotiations among the Afghan parties within the framework of the peace process and the role of the neighbouring countries in the process.

The two senior diplomats also discussed the issues relating to bilateral relations between Iran and Afghanistan in various fields within the context of the comprehensive document on strategic cooperation.

During the phone call, Foreign Minister Zarif expressed satisfaction with the launch of intra-Afghan negotiations and voiced Iran’s readiness to provide whatever help necessary for the peace process in Afghanistan.

Tehran has already reaffirmed its commitment to supporting the peace process in Afghanistan under the guidance and ownership of Afghan people, expressing hope that the intra-Afghan dialogue would yield results with the inclusion of all Afghan groups.

In comments on Tuesday, Iran’s government spokesman Ali Rabiei said Tehran welcomes the beginning of intra-Afghan dialogue between the Afghan government, the country’s political groups and the Taliban.

“Iran hopes that the talks will yield its desired results without foreign interference and in a context of comprehensive understanding among Afghans, and will result in the establishment of permanent peace and stability in the country and security in the region,” he added.

He also expressed the Islamic Republic’s preparedness to use its maximum capacity to advance the peace process if the Afghan government and other parties involved would ask.