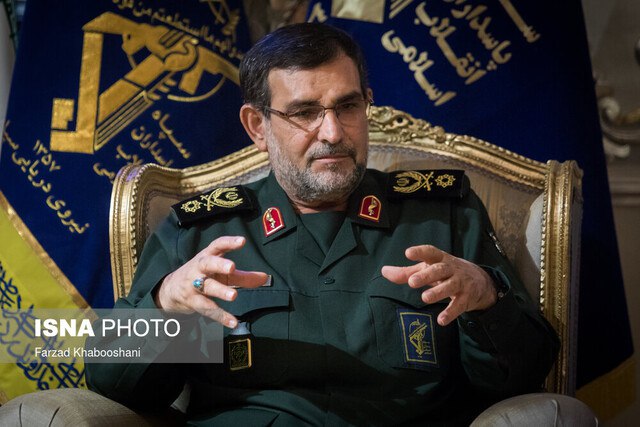 The Navy commander of the Islamic Revolution Guards Corps, rear admiral Alireza Tangsiri, has categorically rejected the US claim that its forces stood idly by when Iran’s naval troops confiscated a vessel stealing Iranian oil for the US in the Sea of Oman.

Tangsiri said, “This is a big lie”. He was speaking on Tuesday at a ceremony to appreciate the Iranian naval forces who bravely raided the Vietnamese oil tanker and escorted it to an Iranian southern port before the eyes of the US troops.

Tangsiri said the US warships were on a war footing and the images released by the Islamic Revolution Guards Corps naval force clearly show what happened.

Tangsiri added that the US warships came within a 30-meter distance of Iranian forces but failed to stop them and were forced to retreat.

Iran on Wednesday released the Vietnamese tanker upon an order by the Iranian Judiciary after unloading the oil it was carrying.

IRGC forces used helicopters to board Sothys and led it towards Iranian territorial waters.