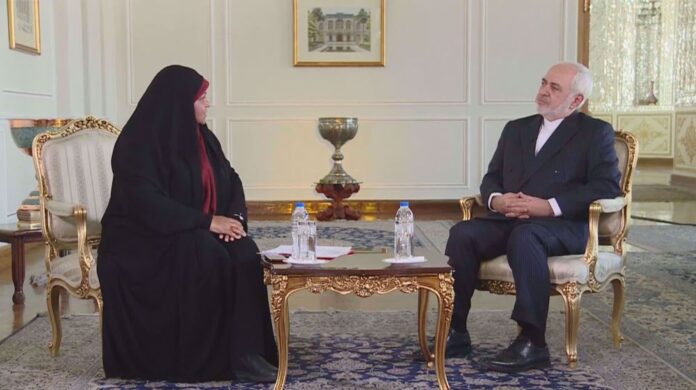 Iranian Foreign Minister Mohammad Javad Zarif has told Press TV in an exclusive interview that the Islamic Republic will be open to negotiations on reviving the historic 2015 nuclear accord once all signatories begin fulfilling their obligations.

The senior diplomat made the remarks to Press TV’s Marzieh Hashemi on Sunday.

He also said US President Joe Biden has spurned predecessor Donald Trump’s Iran policy in words, but has so far pursued the same course of action in practice.

“Nothing has changed. Biden claims that Trump’s policy of maximum pressure was maximum failure… But for all practical purposes, they are pursuing the same policy,” he said.

The Trump administration unilaterally abandoned the nuclear deal, formally called the Joint Comprehensive Plan of Action (JCPOA) in May 2018, and unleashed what his team called a “maximum pressure campaign” with the stated objective of forcing Iran to negotiate “a better agreement.”

The Islamic Republic refused to bow down to pressure and threats and responded to Trump’s maximum pressure policy with “maximum resistance.”

President Biden has expressed a willingness to bring the US back to the nuclear accord. However, his administration is demanding to see changes from Tehran before Washington would consider lifting the sanctions, as demanded by Iran.

The Islamic Republic insists that as the party that has abandoned its international obligations, the US should take the first step by removing the unlawful bans in a verifiable manner.

Doubling down on Iran’s firm position in that regard, Zarif reiterated that Washington would not be able to return to the JCPOA unless it removed the sanctions.

“All the sanctions must be removed; the United States must gain reentry to JCPOA. It’s not automatic; it’s not a revolving door,” Zarif said, adding the concept of snapback was not at all incorporated in the text of the JCPOA; rather it was “an American distortion.”

“The US is addicted to sanctions, bullying, and pressure. But it doesn’t work for a country with millennia of history. We have had a global empire that lasted longer than the United States’ history,” Zarif told Press TV.

“Therefore, with Iran pressure does not work, and ‘maximum pressure,’ in their own words, has led to ‘maximum failure,’” he said.

The Americans, he said, have to “open their eyes, make a sober assessment of the past, not only with Trump, and realize that with this country only respect works.”

Zarif said that the United States has not gained any leverage against Iran through its unlawful sanctions, adding that on the contrary the restrictive measures have only helped Iran diversify its economy away from oil.

“Trump left the [nuclear] agreement hoping that Iran’s government would crumble. Now, he’s gone, and we’re still here,” he said. “I think that’s a good lesson. Seven consecutive US presidents are gone. Every one of them wanted to get us out. All of them are out. We’re still here.”

The top diplomat reminded that Paragraph 36 of the JCPOA enables Iran to take “remedial action” against failure by other sides to implement their obligations.

The Islamic Republic, he added, was not violating the agreement, it was simply implementing the remedial steps that it is entitled to in line with the pact.

He referred to a parliamentary lawthat obliges the Iranian government to take the latest step in its retaliation, namely the planned suspension of the International Atomic Energy Agency (IAEA)’s short-notice visits of the country’s nuclear program. The law, he said, was not a “warning to the world,” but a “domestic” interaction between the government and the legislative body that holds the government responsible.

Following the US withdrawal from the JCPOA, Iran waited for an entire year for the European signatories to hold up their end of their bargain and secure Iranian business interests, guaranteed by the deal, in the face of US sanctions. However, as the Europeans failed to deliver under US pressure, Tehran began to scale back its commitments in several phases in retaliation.

Zarif dismissed any assertion on the part of the US or its European allies in the JCPOA that “we signed a number of instructions” as per the international agreement.

“It’s not just signing, it’s the impact,” Zarif said, noting how the US allies failed to implement even a single one of their obligations following Washington’s unilateral withdrawal from the agreement.

“European companies listen to Washington more than they listen to them (European governments),” he noted. “I believe they do have the ability to change the behavior of their companies,” he added, regretting the submissive nature of Europe’s behavior towards Washington.

Leader of the Islamic Revolution Ayatollah Seyyed Ali Khamenei has asserted that Iran would only return to its commitments in the nuclear deal once the illegal sanctions are removed.

Iran is obliged by law to continue its retaliatory nuclear steps if the US refused to lift the sanctions, Zarif said, adding that the country’s stockpile of enriched uranium would still increase.

He reminded that when Trump withdrew from the JCPOA, Iran was in possession of no more than 300 kilograms of enriched uranium, but by the time Biden took office, the Islamic Republic had 3,800 kilograms of the material, and in June the reserves would probably rise to some 5,000 kilograms.

“These are yardsticks for President Biden,” the top diplomat said.

Iran, he reiterated, was not threatening anyone, and was only exercising its right to reprisal under the nuclear agreement.

Referring to other political maneuvering under Trump, which saw his administration trying to activate a so-called snapback mechanism to return all UN sanctions against Iran, Zarif said the snapback is a US-made term that does not actually exist within the JCPOA.

The US came up with the term to control the public opinion concerning Iran, he added.

Acting US Ambassador Richard Mills told the UN Security Council on Thursday that the United States was withdrawing a Trump administration assertion that all UN sanctions had been reimposed on Iran in September.

However, the move was largely symbolic as the Islamic Republic, along with the European signatories and the UN secretary general, had already dismissed the Trump administration’s claim as unfounded.

They argued at the time that the US was in no position to invoke a provision in the 2015 Security Council resolution endorsing the JCPOA that allowed the return of sanctions because it was no longer a party to the deal.

Elsewhere in his remarks, Zarif said that those alleging that the JCPOA has to encompass more subject matters than it already has should be sure that it will “absolutely not.”

The US and some of its regional allies have demanded that Iran’s missile program and regional influence be included in the nuclear talks. Tehran has roundly rejected any such prospect, saying it will not renegotiate “a done deal” and that its defensive activities and regional might are not open to any negotiation.

‘IAEA has obligation for confidentiality’

Separately, Zarif critiqued the occasional leaking of Iran-related information from the IAEA’s depository.

The information has to retain its confidential aspect, he added, when asked how the leakage of secret data might have compromised Iran’s interests.

Zarif said he would raise the issue of  confidentiality with the IAEA chief during their meeting later on Sunday. “Anything between us and the IAEA should remain confidential,” he noted, recalling how Iran’s peaceful nuclear sites had been attacked and its nuclear scientists assassinated.

The Islamic Republic has on several occasions submitted its verbal and written protests to the UN nuclear watchdog about Iran’s confidential information getting leaked to the media.

Grossi, who is currently in Tehran, made the visit after Iran on February 21 informed the UN watchdog of its decision to suspend voluntary implementation of the Additional Protocol to the nuclear Non-Proliferation Treaty (NPT) Safeguards Agreement in line with the new law passed by the Parliament.

‘Iran has nothing to hide’

“Mr. Grossi, the director-general of the IAEA, requested to come here so that we could have a smooth transition,” Zarif said. “We have nothing to hide. Iran does not seek to develop nuclear weapons. The decision is based on sound geopolitical facts and religious and moral grounds… and that decision stands without any ifs or buts,” he noted.

The Leader has forbidden either production or possession of nuclear weapons by the Islamic Republic on religious grounds.

Separately, Zarif noted that the Israeli regime possesses the Dimona nuclear facility, which he called the sole “nuclear bomb factory” in the Middle East, yet a recent report by The Guardian about secret expansion of the facility was not met by even an “expression of concern” on the part of the US or its European allies.

Therefore, while the Israeli regime is allowed to go ahead with such non-conventional activities, any talk about concerns about Iran’s peaceful nuclear energy program is “nonsense,” Zarif said.

“It’s hypocrisy,” he said. “Because if they were concerned about non-proliferation, Israel is not a member of the NPT; it’s proliferator number one.”