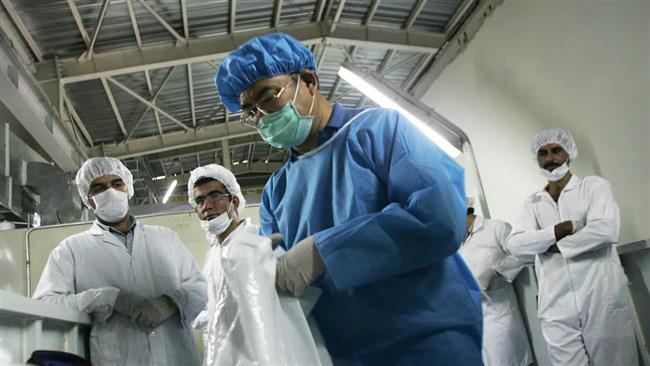 The spokesman for the Atomic Energy Organization of Iran (AEOI) has stressed that his country will never permit the inspection of Iranian military sites.

Behrouz Kamalvandi made the remarks on Sunday, in response to US threats over scraping Iran’s nuclear deal or inspection of the sites by the International Atomic Energy Agency (IAEA).

“No one in Iran will permit the IAEA access to military sites, such access is not part of the nuclear deal, the additional protocol or its safeguard agreement,” Kamalvandi (seen below) stressed.

The AEOI spokesman went on to note that no nuclear activities are being carried out in his country’s military sites, while reiterating Tehran’s stance that the country’s defensive capabilities are non-negotiable.

He also noted that Iran is in complete compliance with the IAEA, a fact which has on multiple occasions been confirmed by the agency.

On Friday, US President Donald Trump extended waivers of economic sanctions on Iran for another 120 days but said he was doing so “for the last time.”

Trump said he wanted Congress to pass a bill requiring “timely, sufficient, and immediate inspections” at all sites by inspectors of IAEA, and the indefinite extension of limits on Iran’s uranium enrichment and other nuclear activities.

Following Trump’s announcement, Iran’s Foreign Ministry announced that the country will commit to no obligation beyond those it has already agreed to under the international nuclear deal.

Iran and the five permanent members of the United Nations Security Council – the United States, France, Britain, Russia and China – plus Germany signed the Joint Comprehensive Plan of Action (JCPOA) on July 14, 2015 and started implementing it on January 16, 2016.