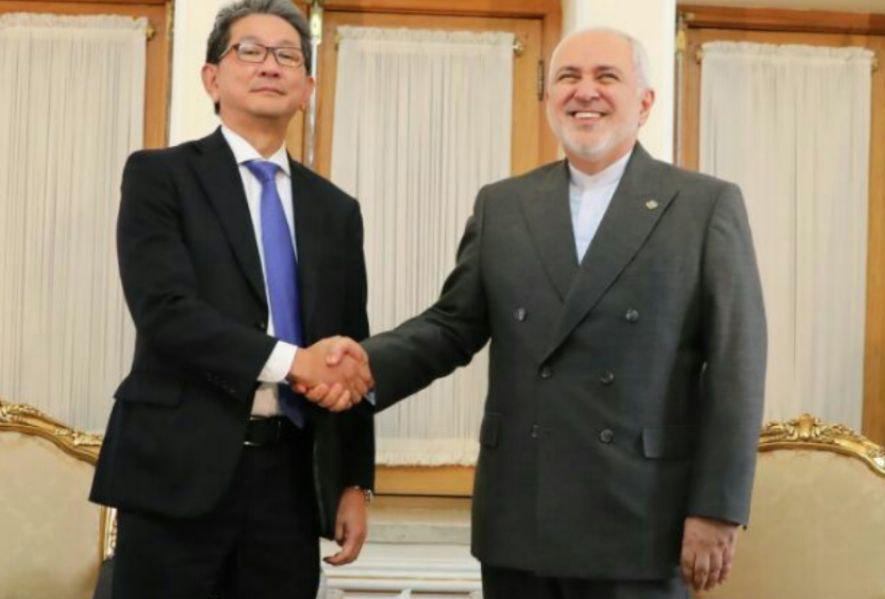 He made the remarks in a Saturday meeting with Japan’s Senior Deputy Minister for Foreign Affairs Takeo Mori in Tehran.

In the meeting, Mori highlighted the “constructive” talks he earlier held with Iranian Deputy Foreign Minister for Political Affairs Seyyed Abbas Araqchi, and said his country attaches great importance to its relations and continued consultations with Tehran.

Zarif also hailed good and constructive ties between the two countries, highlighting the recent landmark and important visit of Japanese Prime Minister Abe Shinzo to Tehran and his meeting with Iran’s Leader.

In his first visit to Tehran since the 1979 Revolution, the Japanese Prime Minister visited Tehran on June 13, and held talks with top Iranian officials during his two-day trip.

He is going to hold another meeting with President Rouhani in September on the sidelines of the UN General Assembly.