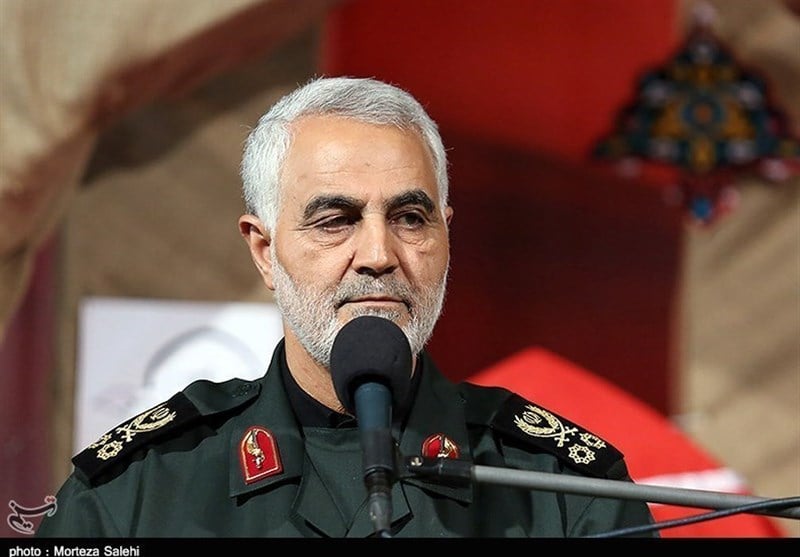 IRGC Quds Force Commander Major General Qassem Soleimani has warned Pakistan against being swayed by the Saudi petrodollars and turning into a centre for "annoying" Iran, India, and Afghanistan.

“Each year, tens of terrorist attacks in Iran are carried out by terrorist groups stationed in Pakistan. They kill our people. Now, instead of offering condolences to our people, it is better for the Pakistani government to take a practical step and flush out the terrorist groups,” General Soleimani said Thursday.

The Iranian commander underlined that the government and army of Pakistan should not allow the criminal Saudi government to create tension between Islamabad and its neighbours through pumping hefty money into Pakistan’s economy.

General Soleimani said Pakistan should not be turned into a centre for creating troubles for regional states like Iran, India and Afghanistan. “The main goal behind the regional tension is to destroy and divide Pakistan.”

He further noted that Iran will not threaten Pakistan but will exact revenge on the Takfiri mercenaries who recently killed 27 Iranian border guards and have the blood of Iranian youths on their hands, no matter where in the world they are.

“We won’t allow the nasty terrorist groups go unpunished easily after killing members of our nation,” he added.

He then underlined that Iran is ready to support Pakistan in fight against terror, but the main question is in which direction the Pakistani government is moving.

At least 27 IRGC forces were killed on Feb. 13 after a bomber slammed his explosives-laden vehicle into a bus carrying off-duty members of IRGC in Sistan and Baluchestan Province bordering Pakistan.