Iran Warns OPEC May Collapse If Members Use Oil as Weapon 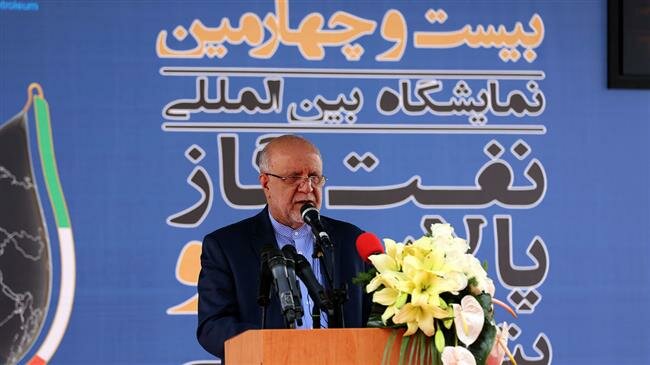 Iranian Minister of Petroleum Bijan Zangeneh says a US bid to cut Iran’s oil exports to zero is a “pious hope,” warning countries using oil as a weapon about repercussions of further volatility in the global market.

“As I have already said, the US wishes to cut Iran’s oil exports to zero but this is a pious hope. Any independent market expert knows that a surplus of capacities declared by certain countries is exaggeration and overstatement,” Zangeneh told the opening of the 24th International Oil, Gas, Refining and Petrochemical Exhibition in Tehran on Wednesday.

He said that Iran held no grudge against any countries in the region but noted that two regional states overstate their production capacities to reassure the market that Iran’s output restraint would result in no supply cuts.

Oil prices have hit their highest since November in recent days after the US said all waivers for those importing Iranian oil would end this week.

Washington says it is working with Saudi Arabia and the United Arab Emirates to ensure oil markets are “adequately supplied,” but traders worry about tight supplies.

Following its withdrawal from the Iran nuclear deal in 2017 and reimposition of unilateral sanctions against Tehran last year, the United States gave waivers to eight major buyers of Iranian crude, which allowed them to import Iran’s crude without facing sanctions. Washington announced last week that the waivers would end after May 1.

Those countries using oil as a weapon against two OPEC founding members are turning unity in the organization into division and are causing the death and collapse of OPEC, the responsibility of which falls upon them, Zangeneh said.

Apart from Iran, the US has targeted crisis-hit Venezuela, once a top-three OPEC producer, with sanctions over the recent political turmoil in the Latin American country.

Saudi Arabia has said it would replace losses in Iran and Venezuela.