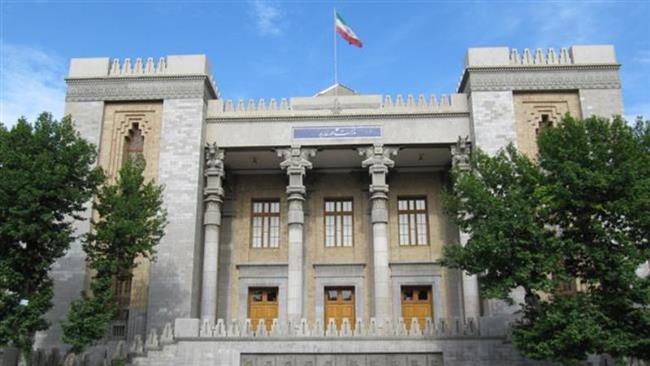 Iran’s Foreign Ministry strongly denounced a recent “insulting” decision made by the new US government to restrict arrivals from the Islamic Republic and six other Muslim countries, vowing to reciprocate the ban introduced by Donald Trump.

“In order to protect the dignity of all the Iranian people inside and outside the country, the government of the Islamic Republic of Iran will scrutinize the short-term and long-term outcomes of the decision by the US government on Iranian nationals and will take appropriate consular, legal and political measures,” the ministry said in a statement on Saturday.

Here is the full text of the Foreign Ministry’s statement:

The decision of the Government of the United States to impose restrictions on the travel of Muslims to the United States – though temporarily for three months – is a clear insult to the Islamic world, and especially the great nation of Iran; and despite claims of being made to combat terrorism and protecting the people of the United States, it will be recorded in history as a great gift to extremists and their supporters.

While the international community needs dialogue and cooperation to address the roots of violence and extremism in a comprehensive and inclusive manner, and at a time when the United Nations General Assembly approved by consensus the proposal of the President of the Islamic Republic of Iran for a World Against Violence and Extremism (WAVE), the imprudent decision of the U.S. Government to apply collective discrimination against citizens of Muslim countries will only serve to provide a fertile ground for more terrorist recruitment by deepening the ruptures and fault-lines which have been exploited by extremist demagogues to swell their ranks with disenfranchised and marginalized youth, and further promote their campaign of hatred, violence and extremism. Moreover, with this decision, the reports of U.S. intelligence and security organs and past statements of current US officials which emphasized on the role of the United States and its regional allies in fomenting and expanding extremist groups, including Daesh (ISIS), appear to have been conveniently forgotten.

The decision of the Government of the United States to target the people of Iran and clearly insult all sections of this great nation has put on clear display the baselessness of the U.S. claims of friendship with the Iranian people while only having issues with the Government of Iran. It also shows the rancor and enmity of some in the US government and influential circles both within the United States and abroad towards all Iranians around the world: The Iranian nation who, benefiting from an ancient and rich civilization and religious beliefs founded on humanitarian values, has always promoted the message of constructive engagement, not only resisted domination but also the temptations to dominate others, and fought extremism and violence; a resilient nation which has stood firm in the face of extremist terrorists and which was among the first victims of organized terrorism; a great people which has had no presence in any extremist terrorist operation, but instead in all societies in which it has travelled or resided as scientists, students, entrepreneurs, tourists or immigrants,   has been known as one of the most law abiding, cultured, educated and successful communities, thus representing its Iranian and Islamic culture and civilization in the most dignified and peace-loving manner.

To ensure respect for the dignity of all members of the great Iranian nation at home and abroad, the Government of the Islamic Republic of Iran will engage in a careful assessment of the short and medium-term impact of the decision of the U.S. Government on Iranian nationals, and will take proportionate legal, consular and political action and while respecting the American people and differentiating between them and the hostile policies of the U.S. Government – will take reciprocal measures in order to safeguard the rights of its citizens until the time of the removal of the insulting restrictions of the Government of the United States against Iranian nationals.

In order to monitor the implementation of this decision and adopt appropriate measures commensurate with national interest in specific cases, a mechanism is established in the Ministry of the Foreign Affairs of the Islamic Republic of Iran with the participation of relevant organizations.

Meanwhile, all diplomatic and consular missions of the Islamic Republic of Iran have been instructed to prioritize the provision of consular facilities to all Iranian nationals who due to the illegal step of the Government of the United States have been prevented from returning to their places of residence, work and education.

The decision of the Government of the United States incorporates certain requests that are illegal, illogical and contrary to international law. Considering the absence of relations between the Islamic Republic of Iran and the United States, those requests are not applicable to and cannot be accommodated by the Government of the Islamic Republic of Iran. Any abuse by the United States of this situation to prolong the discriminatory measures and cause any further inconvenience for Iranian nationals is not only illegal but against common sense.

The Islamic Republic of Iran will carefully examine and legally pursue any negligence or violation of the international obligations of the United States under bilateral agreements and multilateral arrangements and reserves the right to respond as deemed necessary.