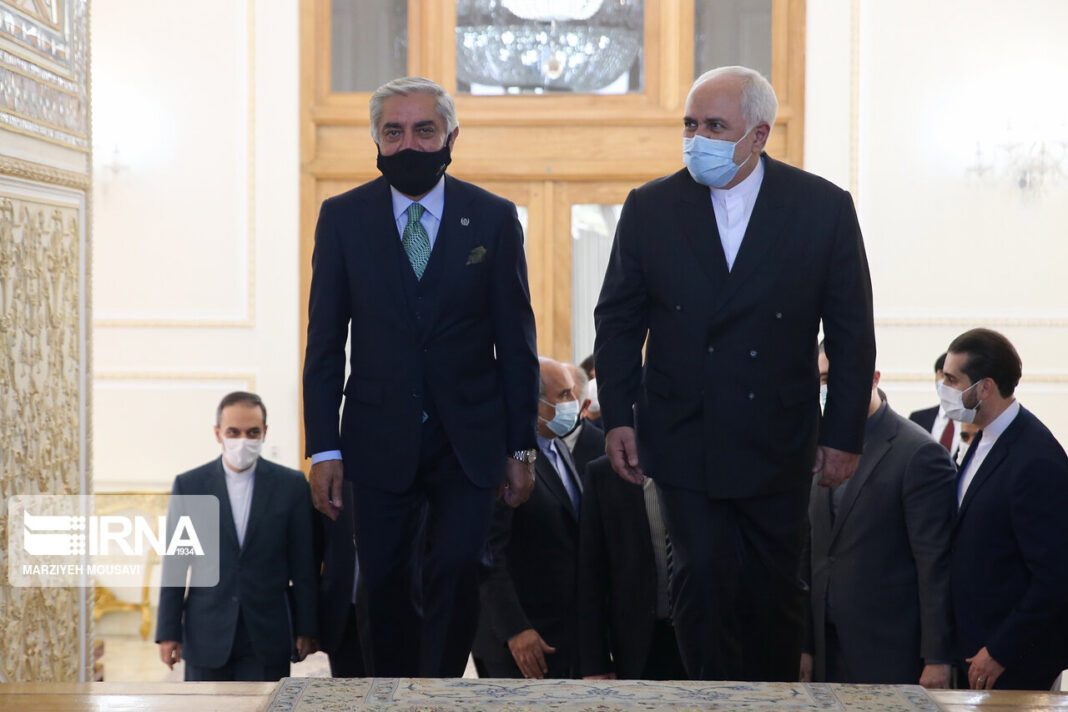 Minister of Foreign Affairs of the Islamic Republic of Iran Mohammad Javad Zarif has expressed Tehran’s support for the participation of Taliban in Afghanistan’s political structure.

Zarif made the remarks in a Sunday meeting with Head of Afghanistan’s High Council for National Reconciliation Abdullah Abdullah, who is visiting Tehran at the head of a delegation for talks with Iranian officials.

The Iranian top diplomat also reaffirmed Iran’s support for the government of the Islamic Republic of Afghanistan, the process of peace under the leadership and management of Afghans, and the agreements among the participants in the intra-Afghan negotiations.

The top Iranian diplomat admired Abdullah for his participation in the political process and assuming responsibility to run Afghanistan’s High Council for National Reconciliation.

For his part, Abdullah Abdullah expounded on the most recent developments in Afghanistan and the latest status of the intra-Afghan talks.

Abdullah, the former chief executive officer of the Afghan unity government, is on a three-day trip to Iran for talks on the Afghan peace process, the intra-Afghan dialogue in Qatar, and the need for regional consensus and support for the Afghanistan peace efforts.