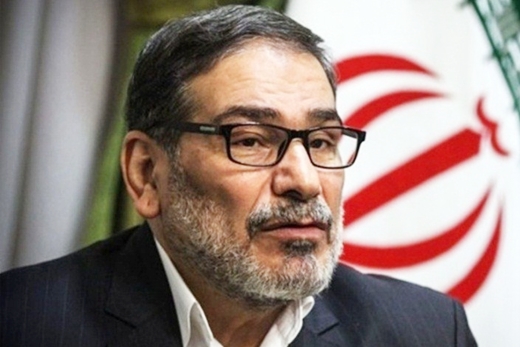 The secretary of the Supreme National Security Council has said that Iranophobia and Shiite Crescent plots were engineered to overshadow Iran’s position as the anchor of stability in the region.

The secretary of the Supreme National Security Council says that ties between Iran and the United States can change for the better if Washington drops its harsh policies on Iran.

Ali Shamkhani made the comment on a TV news bulletin on Saturday and added that the US seems unlikely to shed its [troubling] past. The following is the translation of part of his remarks on the threat of outsider infiltration and ties with the US as reported by Entekhab.ir on November 8:

Shamkhani said that ‘infiltration’ can be looked at from political, economic and cultural angles, adding that turning ‘infiltration’ into a factional issue to eliminate rivals is the worst way of dealing with it.

He further said that all security and intelligence bodies in the country agree on [the fact that] ‘infiltration’ [poses a threat], adding that ‘infiltration’ and ‘differences of opinion’ were both touched upon by the Supreme Leader after the conclusion of the Joint Comprehensive Plan of Action (JCPOA).

He stressed that consensus is a must in dealing with ‘infiltration’ which should not be used as a tool to edge out factional rivals.

The top councilor went on to say that the world has been presented with a false picture of Iran, adding that Iranophobia is a PR campaign [by the West] against the Islamic Republic of Iran, but those championing this plot have failed to achieve their intended results.

“I asked foreign ministers who recently came to Iran about the image of Iran before and after their trips. They all admitted that there was a change in their perception. This is Iranophobia. I told them to take a walk around Tehran and see whether or not what they were fed by media actually existed in Iran,” he said.

He further said that Iran’s image will change in the post-JCPOA era, adding that Iranophobia will no longer make sense, and that support for the Palestinian people and vigilant defiance of colonial policies of the US will remain in place.

Asked about any change in ties between Iran and the US, he said that ties will undergo change if the United States alters its wolfish behavior, which is unlikely. If not, he said, nothing changes.

Shamkhani further said that the Iranophobia and the Shiite Crescent plots were engineered to overshadow Iran’s position as the anchor of stability, security and independence in the region, but Iran does not sit idly by so that others can decide for it.

The Americans imposed sanctions on the Iranian nation after the end of the imposed war and tried to transform Iran’s Islamic culture, he said.