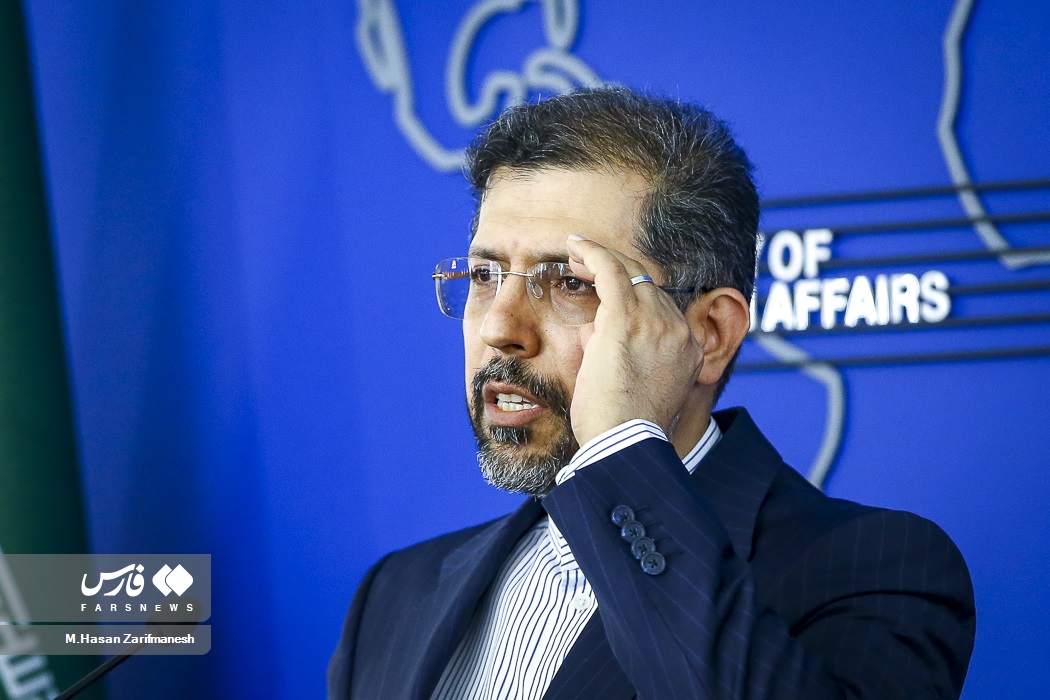 Iran’s Foreign Ministry Spokesman Saeed Khatibzadeh says the open and secret support of the United States for Israel has played a key role in making the regime more insolent in its acts of aggression.

“Unfortunately, the indifference of the international community to repeated acts of aggression by the regime against Syrian Arab Republic and its open violation of international law and regulations have made the regime more impudent, making it go unrefined,” he said.

“There is no doubt that open and secret support of the ruling regime in the US has played a significant role in increased insolence and impudence of this occupying regime, so that not only it has continued its occupation of Syria’s Golan Heights, it has repeatedly targeted Syria’s infrastructure with air and missile strikes.”

He talked about the Friday attacks on the Syrian capital that killed three people and damaged property, stressing that, over the past years, Israel has been serving as “the air force of terrorist groups in Syria” and has engaged in acts of aggression against the country, whenever the Syrian army scored a victory against terrorist groups.

He said Iran condemns such acts of aggression and underlines the need for a proper and strong response to such atrocities both on the battle field and at the international level.
Khatibzadeh also talked about “political” comments by some Canadian officials on a friendly football match planned between Iran and Canada.

He slammed the “negative” comments by Canada’s prime minister and other officials, saying they are acting against their claims and using sports events for political gains.

He warned that such comments and behavior show how Canadian officials are “easily toyed” by anti-Iran groups”.

The spokesman also touched on the issue of dust storms in the region, calling for regional cooperation in this regard.

He said Iran has begun talks with Iraq on coordination to tackle the issue and is planning to also attract the cooperation of other regional countries.