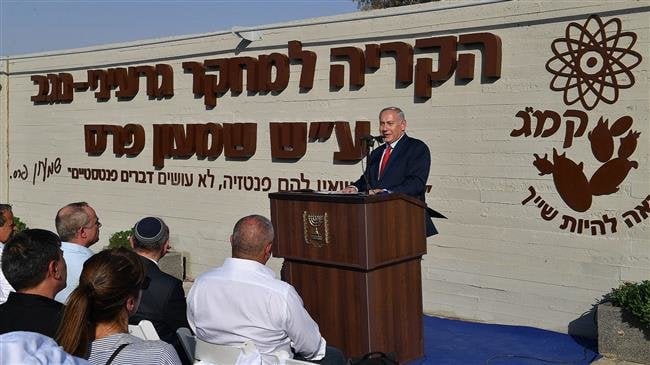 Tehran has written to the United Nations, calling on the world body to condemn Israel for threatening Iran with a nuclear attack and bring the regime’s atomic weapons program under its supervision.

Standing right beside the Dimona nuclear facility late last month, Israeli Prime Minister Benjamin Netanyahu described Iran as a “threat” to the region and said Tel Aviv has the means to destroy its “enemies” in a veiled reference to Tel Aviv’s nuclear arsenal.

“Those who threaten to wipe us out put themselves in a similar danger, and in any event will not achieve their goal,” he said. “But our enemies know very well what Israel is capable of doing. They are familiar with our policy. Whoever tries to hurt us – we hurt them.”

In a letter addressed to the UN on Thursday, the Permanent Mission of the Islamic Republic of Iran to the world body said Netanyahu’s belligerent remarks poses “a serious threat to international peace and security.”

It also urged the UN to make Israel abide by international rules and the UN Charter.

The letter also highlighted Israel’s long history of aggression, occupation, militarism and state terrorism among other international crimes, urging the world community to take a firm position on the Zionist regime’s “unbridled actions and nuclear threat.”

In the letter, Iran further demanded that the UN condemn Israel’s anti-Iran threat, make the regime join the Nuclear Non-Proliferation Treaty (NPT) and bring its nuclear program under the supervesion of the International Atomic Energy Agency (IAEA).

It also reminded the UN that Iran is itself a victim of weapons of mass destruction, particularly chemical weapons.

The UN member states should not turn a blind eye to Israel’s threat and make efforts towards to the elimination of its entire nuclear stockpile, the letter read.

Responding to Netanyahu’s highly aggressive comments, Foreign Minister Mohammad Javad Zarif slammed the premier as “warmonger” and said the threat was “ beyond shameless.”

“Iran, a country without nuclear weapons, is threatened with atomic annihilation by a warmonger standing next to an actual nuclear weapons factory. Beyond shameless in the gall,” Zarif tweeted.

Israel is the only possessor of nuclear weapons in the Middle East, but its policy is to neither confirm nor deny that it has atomic bombs. The Tel Aviv regime is estimated to have 200 to 400 nuclear warheads in its arsenal.

Unlike Iran, the regime is not a member of the NPT — whose aim is to prevent the spread of nuclear arms and weapons technology – in defiance of international pressure.