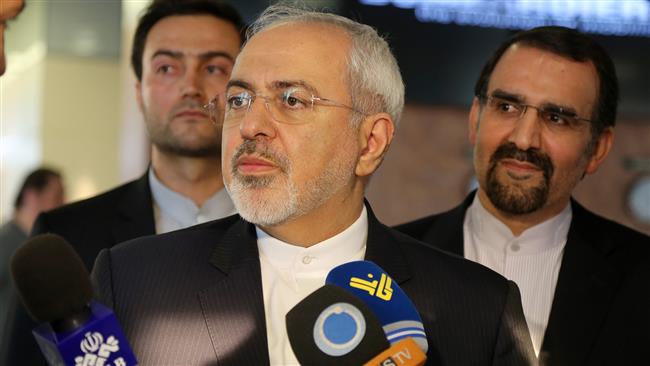 Upon arrival in Moscow to attend a Shanghai Cooperation Organization conference themed ‘Security and Stability in Region’, the Iranian top diplomat told IRNA extremism is a menace which threatens every country in region and added, ‘To counter it, regional and trans-regional cooperation is required.’

Zarif said he will hold bilateral and tri-lateral meetings with his counterparts from China, Russia and Tajikistan.

‘In the meetings, we will discuss extremism in the region, latest nuclear developments, the situation in Yemen, Syria and Iraq and Daesh as well as bilateral issues,’ he added.

The Shanghai Cooperation Organization is an inter-governmental and international organization that was founded on June 15, 2001 in Shanghai, China.

Kazakhstan, China, Kyrgyzstan, Russia, Tajikistan and Uzbekistan are the founding member countries. Iran, Afghanistan, Pakistan and India have observer status in the organization.