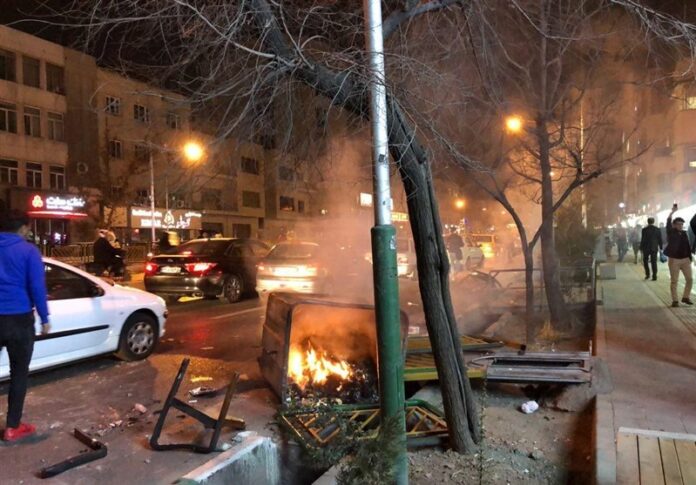 A top Iranian official says the country has called on the Interpol to hunt for the individual who, from abroad, encouraged people to violence during the ongoing protests in Iran.

Tehran Prosecutor Abbas Jafari Dolatabadi has, in an interview with the Persian-language Fars News Agency, weighed in on the recent protests in the Iranian capital and some other cities across the country.

“After the Islamic Revolution, the enemy tried hard at some points in time to cash in on the problems to deal a blow to the Islamic establishment, but our people have always played their role in crucial times and thwarted enemies’ plots,” he said.

He then touched upon the riots after the 2009 Iran presidential election, saying the enemy instigated unrest under the pretext that the vote had been rigged.

“And today, the enemy seeks to take advantage of the situation under the petext of economic problems,” he said.

The prosecutor added the United States is trying to capitalize on the popular discontent in Iran to make up for its own defeats and failures in the Middle East.

He underscored that a line has to be drawn between rallies held in protest at economic problems and iconoclastic demonstrations.

“That the protest at some price hikes and the government’s economic policies have turned into iconoclastic actions shows the US is behind all these moves,” he noted.

“The enemy will not stop its moves and ill intentions, and will try to take advantage of domestic divisions as well as economic problems,” he said.

He said some people seek to disrupt security in the country by attacking mosques, petrol stations and state-run institutions as well as launching arson attacks and vandalizing public property. The prosecutor added some individuals have been apprehended in connection with the recent unrest.

The top official said acts such as provoking riots and vandalizing state properties are crimes and carry heavy penalties.

He then said the Tehran Prosecutor’s Office has called for a hunt for the individual who, from abroad, incited people to commit acts of terror, set fire to public property, and so on and so forth.

The Tehran prosecutor expressed hope Interpol will soon respond to the request and hunt for the wanted individual.

The Iranian official was referring to the administrator of a Telegram channel and website called Amad News which has been inciting people in Iran to start riots all over the country. Telegram recently closed the channel for promoting violence and breaking its terms of service after a request by the Iranian government; however, the channel continued its operation under a different name.