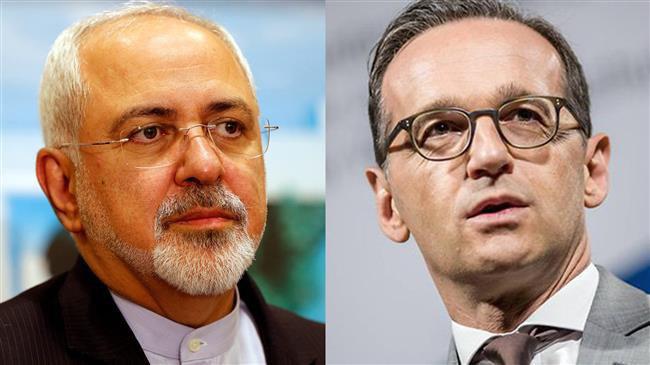 Iranian Foreign Minister Mohammad Javad Zarif has asked Germany to convince the US into living up to its pledges under the Iran nuclear deal.

In a Friday phone conversation with his German counterpart Heiko Maas, Zarif congratulated him on his appointment as German foreign minister and wished him success.

Stressing that all parties to the deal should fulfill their obligations, Zarif called on Europe to push the US towards living up to its commitments.

The two sides also talked about Iran’s defensive missile activities and regional affairs, stressing that these issues are unrelated to the JCPOA.

Zarif pointed to a misguided US policy to flood the region with various types of weapons and support measures against the Yemeni people and back terrorists, saying this policy is the source of instability and insecurity in the region.

The two sides also talked about the situation in Syria, stressing the need for a political solution to the conflict.

Zarif condemned any use of chemical weapons and emphasized the need for conducting impartial investigations.

The foreign minister said taking military measures on the pretext of an alleged chemical attack in Syria is condemned and they will threaten regional peace and security.