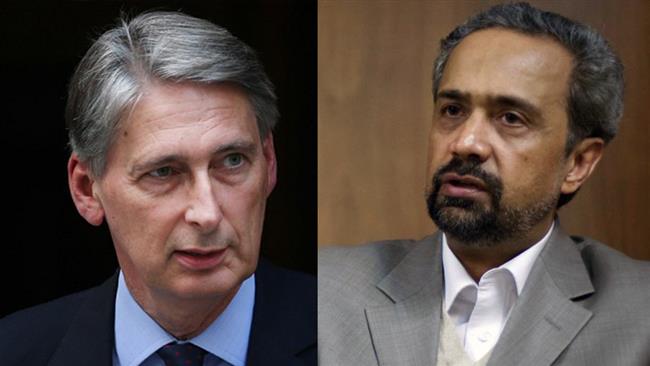 Iran calls for the facilitation of its banking transactions and trade exchanges with world countries following the January removal of sanctions against Tehran, the chief of staff of President Hassan Rouhani says.

In a meeting with British Foreign Secretary Philip Hammond in London on Friday, Mohammad Nahavandian added that the implementation of Iran’s nuclear agreement with world powers, known as the Joint Comprehensive Plan of Action (JCPOA), has created great potentialities for the expansion of Tehran-London relations.

The nuclear agreement was signed between Iran and the five permanent members of the UN Security Council – the United States, France, Britain, China and Russia – plus Germany on July 14, 2015 following two and a half years of intensive talks.

Iran expects countries, particularly those involved in the nuclear agreement, to prepare the ground for banking activities and trade exchanges between financial and banking institutions, Nahavandian said.

He added that countries, which are keen to improve trade and economic cooperation with Iran, should adopt “practical measures” that would have direct and objective effects on the country’s economy.

Iran’s constructive interaction, as the main strategy in the country’s foreign policy, has opened a new chapter in its cooperation with other states, the senior official pointed out.

The British foreign secretary, for his part, hailed the removal of sanctions against Tehran and said his country is eager to take practical measures at the earliest to broaden relations with Iran in all fields.

Hammond expressed hope that the remaining few obstacles in the way of bolstering financial and banking cooperation with Iran would be removed as soon as possible.

Britain is resolute on the resumption of activities of its financial and banking institutions in Iran, he said.

After the implementation of the JCPOA, many European Union countries such as Italy, France and Germany signed billions of dollars worth of agreements with Iran.

British Business Secretary Sajid Javid said on Wednesday that he and other European counterparts were making efforts to ease the impact of banking restrictions on Tehran. He added that he would lead a trade delegation to Iran later this year.