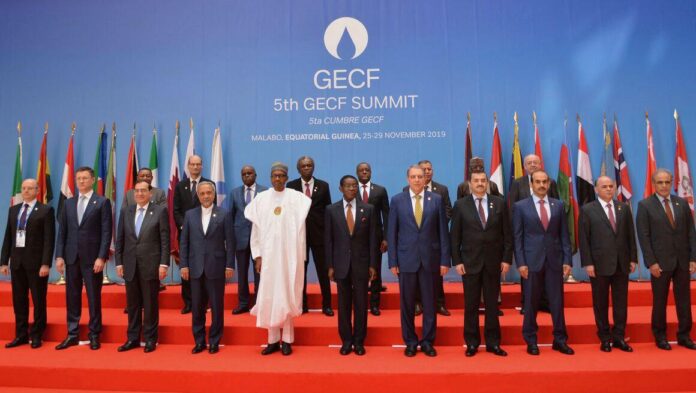 The fifth summit of the Gas Exporting Countries Forum (GECF) was recently held in Equatorial Guinea.

Iran was represented at the summit by Vice President for Economic Affairs Mohammad Nahavandian, who, in a speech, called for further cooperation and coordination among member states.

He said GECF members play a pivotal role in the development of a sustainable world.

“It is necessary that this potential be utilized through cooperation and partnership to further boost the growth, development and welfare of member states as well as other countries,” he said.

He noted that Iran has had a successful experience with regards to the utilization of natural gas as 95 percent of the country’s population now have access to this source of energy.

Nahavandian added Iran has also been successful in replacing air-polluting fuels with natural gas in the transportation and electricity generation sectors. The vice president noted that natural gas now accounts for 70% of the fuels used by Iranians.

“All this has been done on the back of domestic knowledge and potential at a time when Iran has been under pressure of the United States’ economic terrorism in the form of unilateral sanctions,” he noted.

He said some other GECF members are also under US sanctions, urging member states to use alternative currencies instead of the dollar in their transactions.

The Gas Exporting Countries Forum is an intergovernmental organization of 11 of the world’s leading natural gas producers made up of Algeria, Bolivia, Egypt, Equatorial Guinea, Iran, Libya, Nigeria, Qatar, Russia, Trinidad and Tobago and Venezuela.