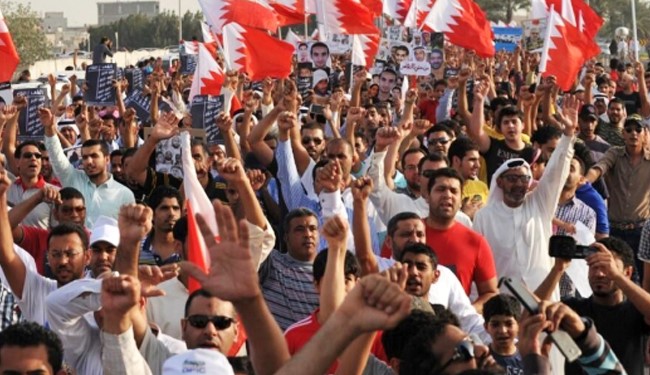 Iranian foreign ministry spokesman has urged the Bahraini government to stop torturing and suppressing its dissidents, and rather sit for talks with the protesters.

In a statement on Friday, Iran’s Foreign Ministry Spokesperson Bahram Qassemi called on Bahrain’s rulers to stop suppression and torture of the dissidents, and end their desperate efforts to derail the peaceful protests of Bahraini people.

The spokesperson said the government of Bahrain also needs to put aside failed security measures.

“Instead of resorting to military power of foreign states, it is better for the Bahraini government to sit for talks with the protesters who make up a large part of the country’s population and tackle the current problems through reconciliatory and civil methods,” he noted.

Qassemi dismissed as ‘baseless’ and ‘ridiculous’ the latest accusations raised by Bahrain’s Interior Ministry on the alleged interference of Iranian agents and organizations in the Arab country’s internal affairs, saying the reports on Tehran’s role in the internal chaos in Bahrain are totally groundless.

“The Islamic Republic of Iran has never promoted violence and destabilizing measures in any of its neighbouring countries, including Bahrain,” he noted.

“Simultaneous with the release of new reports by human rights organizations unveiling massive tortures of political activists in Bahrain’s jails, the Kingdom’s government has once again resorted to playing the blame-game, spreading lies, and making baseless claims to blame others for its internal problems,” he said.