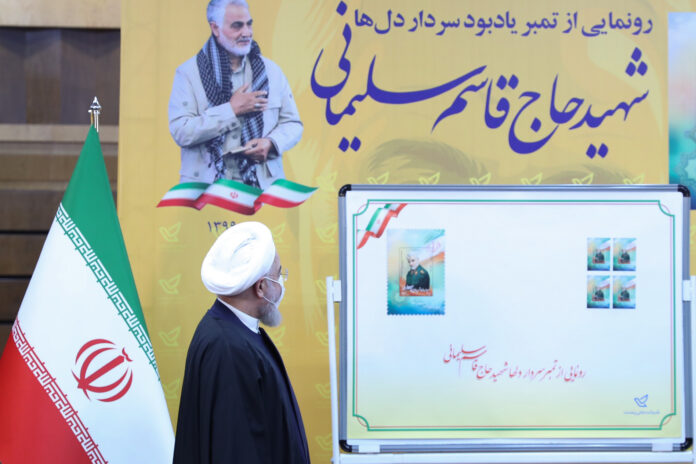 Iran’s president has unveiled a memorial stamp honouring top anti-terror commander Lieutenant General Qassem Soleimani, marking the fiest anniversary of his assassination by the US.

In the unveiling ceremony, President Hassan Rouhani expressed hope everyone will follow in the footsteps of the general, who was a key figure in fighting terrorists in Iraq.

General Soleimani along with top Iraqi commander Abu Mahdi al-Muhandis was assassinated by the United States in the Iraqi capital, Baghdad, while on an official visit to the Arab country in the very early days of January 2020.