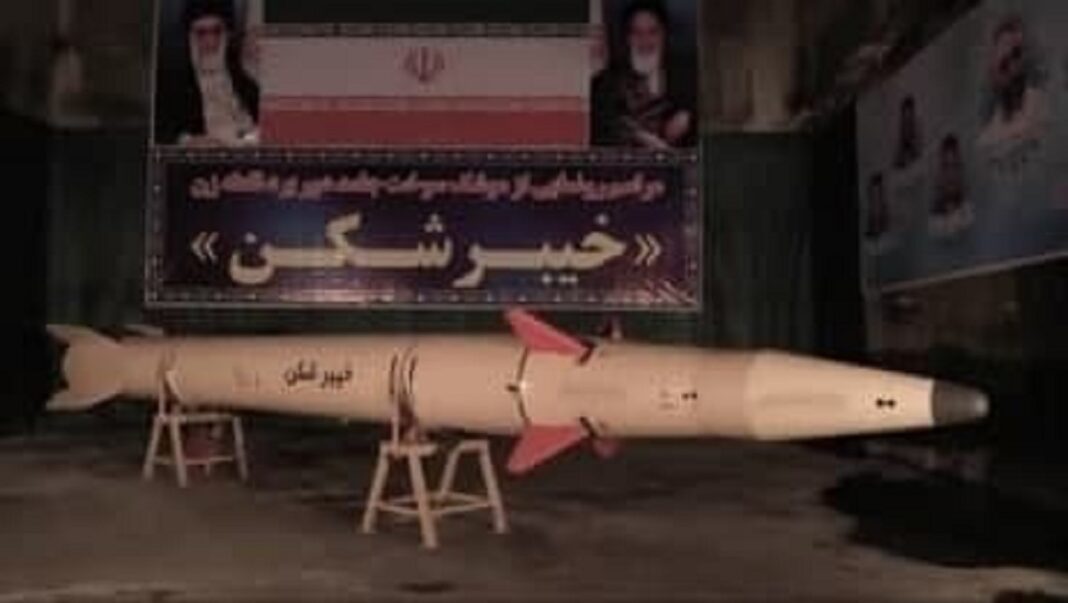 The missile, dubbed Khaybar-Shekan, was unveiled during a visit by Chief of the General Staff of the Iranian Armed Forces Major General Mohammad Baqeri and Brigadier General Amir-Ali Hajizadeh, who is the commander of the Aerospace Division of the Islamic Revolution Guards Corps, at an IRGC missile base.

Hajizadeh explained that Khaybar-Shekan is a third-generation missile whose launch time is one-sixth of similar projectiles.

He said the kind of substance used in its warhead has also increased its explosive power to several times that of T.N.T.

The new missile also runs on solid fuel and is maneuverable at the landing phase, which enables it to evade missile defenses. It is capable of hitting targets at a range of 1,450 kilometers.

The unveiling of the missile comes ahead of ceremonies to mark the 43rd anniversary of the victory of Islamic Revolution of 1979 in Iran.