Iran Unveils New Murals on Walls of Former US Embassy 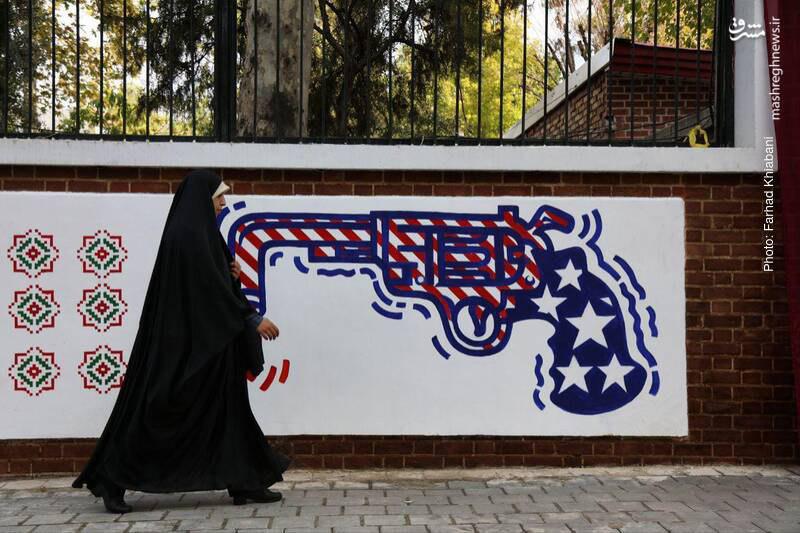 Iran has unveiled new anti-US murals and artworks on the walls of the former US embassy in Tehran on the eve of the anniversary of the takeover of the “Den of Espionage”.

The old murals had been erased in late September in what was viewed initially as a positive development in Iran-US ties, but it was soon revealed they were going to be replaced with new ones on the fortieth anniversary of the so-called hostage crisis.

On November 4, 1979, less than nine months after Iran’s last shah was toppled, pro-revolution students stormed what they called the “spy nest” and took Americans hostage at the embassy to protest the ex-shah’s admission to hospital in the US.

The crisis ended 444 days later with the release of 52 Americans, but the US broke off diplomatic relations in 1980 and ties have never been restored.

What follows are photos of the new murals retrieved from Fararu and ISNA news outlets: