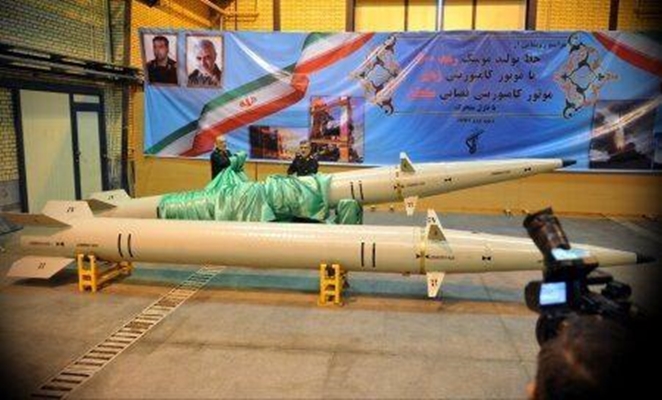 The new achievements were unveiled in a Sunday ceremony attended by Chief-Commander of Islamic Revolution Guards Corps.

Using the technology of carbon fibre engine bodies has opened the way for enduring 100 bars of pressure and 3,000 degrees C, and for building very light missiles.

Ra’ad 500 missile weighs half as much as Fateh 110 (which had a steel body), while its range has increased as much as 200 km compared to the latter.

The two missile achievements, composite engine body and moving nozzle have laid the groundwork for using solid-fuel engines outside the atmosphere.