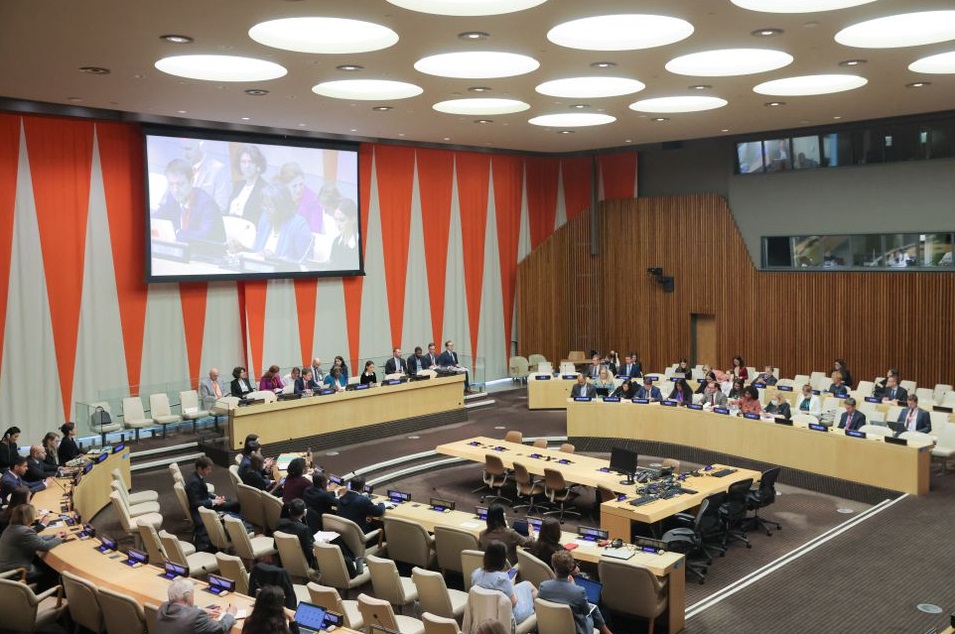 A US push for Iran to be removed from a UN women's body will be voted on Dec. 14, diplomats say. Tehran says Western countries lack the competence to decide about the issues pertaining to human rights in Iran.

The United States on Monday circulated a draft resolution on the move, seen by Reuters, that also denounces Iran’s policies as “flagrantly contrary to the human rights of women and girls and to the mandate of the Commission on the Status of Women.”

Iran has just started a four-year term on the 45-member commission, which meets annually every March and aims to promote gender equality and the empowerment of women.

The US-drafted resolution would “remove with immediate effect the Islamic Republic of Iran from the Commission on the Status of Women for the remainder of its 2022-2026 term.”

The 54-member UN Economic and Social Council (ECOSOC) will vote on whether to oust Iran from the commission.

“The US and others have been actively working the phones to garner support to remove Iran from the UN Commission on the Status of Women,” stated a UN diplomat, speaking on condition of anonymity.

“It seems like they’re making traction – including with some initially hesitant countries,” the diplomat added.

Iran has been gripped by protests since the death of 22-year-old Kurdish woman Mahsa Amini in police custody in September. Tehran has blamed its foreign enemies and their agents for the unrest.

On Thursday, the UN Human Rights Council convened a meeting to discuss alleged human rights violations in Iran during the handling of recent demonstrations in the country. The inter-governmental body voted to establish an independent international fact-finding mission to investigate the purported abuses.

Iran’s Foreign Ministry announced that Tehran will not cooperate with the so-called fact-finding mission, stressing that the country has already formed a national fact-finding committee to look into the events.

Ambassador and Deputy Permanent Representative of the Islamic Republic of Iran to the United Nations Zahra Ershadi has recently stated that the Western states are not needed to play the role of fake supporters of Iranian women.