Iran, Turkey, Russia Kick Off Fresh Round of Syria Talks in Geneva 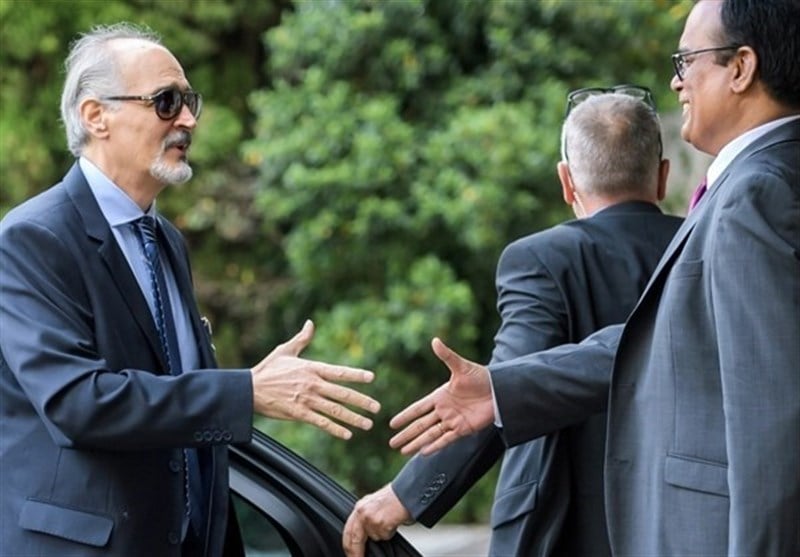 Representatives from Iran, Russia, and Turkey are meeting in Geneva on Tuesday to discuss establishing a committee tasked with drafting Syria's new constitution.

Members of the Syrian opposition have also arrived in the Swiss city where officials of the three nations acting as guarantors of a ceasefire in the war-torn country are meeting under the auspices of the United Nations.

“I don’t expect, let’s be frank, a major breakthrough, but I am confident progress is possible,” said UN envoy for Syria Staffan de Mistura in a statement to the press in advance of the meetings, Al Jazeera reported.

“There is something moving in that direction and we need to capitalize on it.”

The meeting in Geneva follows up on the agreement signed at the Syrian National Dialogue Congress in Sochi, Russia, in January, whose final statement called for the creation of a constitutional commission comprising government, opposition and Syrian civil society members.

The creation of the constitutional committee would be the first step in the political solution of the conflict as mandated by the Security Council Resolution 2254.

“Besides government and opposition, it will be important that independents, civil society, experts, and women – and as you know, we have been strongly recommending at least 30 percent of women – all find their place into this constitutional committee. We must have an inclusive process,” said De Mistura.

“I want to discuss with Iran, Russia and Turkey some preliminary thinking – and hear their own views too – on how the Sochi Final Statement can be given effect to.”

De Mistura said the government of Syria had already conveyed to him a list of 50 names. De Mistura said serious efforts were underway to draw the opposition list.

The UN envoy called for the Geneva meeting after concluding a round of consultations that took him to Turkey, Iran and Egypt to discuss how to speed up the process for the creation of a constitutional committee.

Alexander Lavrentyev, the Russian presidential envoy for Syria, and Deputy Foreign Minister Sergey Vershinin are attending the meetings for Russia.