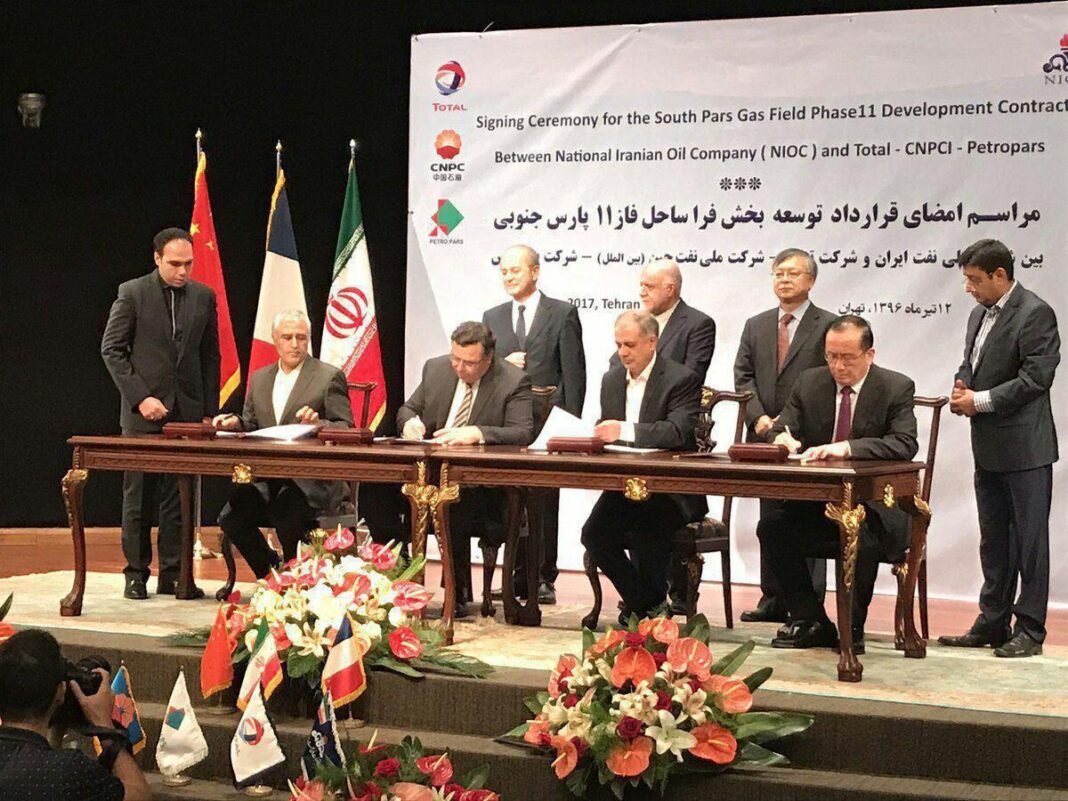 The National Iranian Oil Company (NIOC) and the French oil giant Total have signed a contract for the development and production of phase 11 of South Pars (SP11), the world's largest gas field.

The project will have a production capacity of 2 billion cubic feet per day or 400,000 barrels of oil equivalent per day including condensate. The produced gas will supply the Iranian domestic market starting in 2021.

This contract, which has a 20-year duration, is the first Iranian Petroleum Contract (IPC) and is based on the technical, contractual and commercial terms as per the Heads of Agreement signed on November 8, 2016. Total is the operator of the SP11 project with a 50.1% interest alongside the Chinese state-owned oil and gas company CNPC (30%), and Petropars (19.9%), a wholly owned subsidiary of NIOC.

“This is a major agreement for Total, which officially marks our return to Iran to open a new page in the history of our partnership with the country. We are proud and honored to be the first international company to sign an IPC, which offers an attractive commercial framework, following the 2015 international nuclear accord (JCPOA) and to therefore contribute to the development of relations between Europe and Iran. Total will develop the project in strict compliance with applicable national and international laws”, said Patrick Pouyanné, Chairman & CEO of Total.

“This project is in line with the Group’s strategy to expand its presence in the Middle East and grow its gas portfolio by adding low cost, long plateau assets,” he added, according to the French oil company’s website.

SP11 will be developed in two phases. The first phase, with an estimated cost of around 2 billion dollars equivalent, will consist of 30 wells and 2 wellhead platforms connected to existing onshore treatment facilities by 2 subsea pipelines. At a later stage, once required by reservoir conditions, a second phase will be launched involving the construction of offshore compression facilities, a first on the South Pars field.

Since the November 2016 HoA signature, Total has been conducting engineering studies on behalf of the consortium and initiated calls for tender in order to award the contracts required to develop the project by the end of the year.