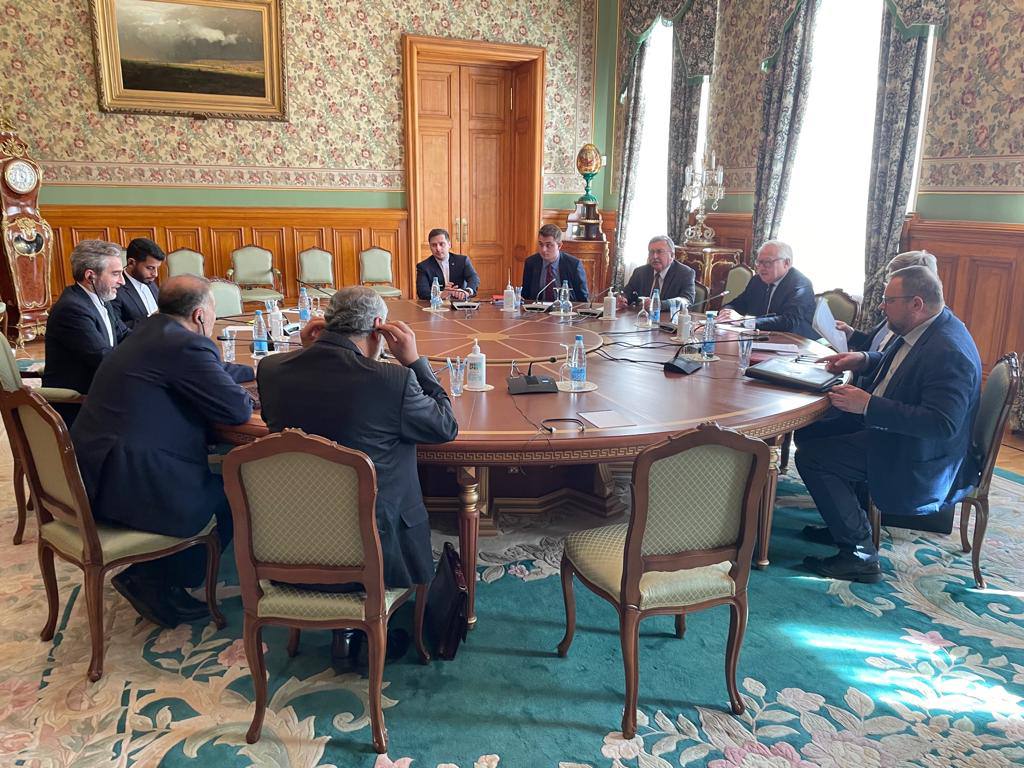 Iran’s chief negotiator Ali Bagheri Kani has met with Russian officials in Moscow in an unannounced visit as a follow-up on talks to restore the nuclear deal with the West.

The tweet added Russia’s Permanent Representative to the International Organizations in Vienna Mikhail Ulyanov was also present in the meeting.

After the meeting, Ulyanov said, “It was a very professional exchange of views on the current situation around the JCPOA (the 2015 nuclear deal) and prospects of the Vienna Talks,” referring to several rounds of talks in the Austrian capital to revive the agreement.

Ulyanov expressed optimism that despite the difficulties, the nuclear deal can still be restored, but added the US should demonstrate greater flexibility to revive the deal.

Iran’s ambassador to the United Nations says Tehran will coordinate with the European side the next stage of the talks.

Iran, Russia, and China have blamed the US for the impasse to restore the landmark deal after former US president Donald Trump unilaterally walked of the deal in 2018.