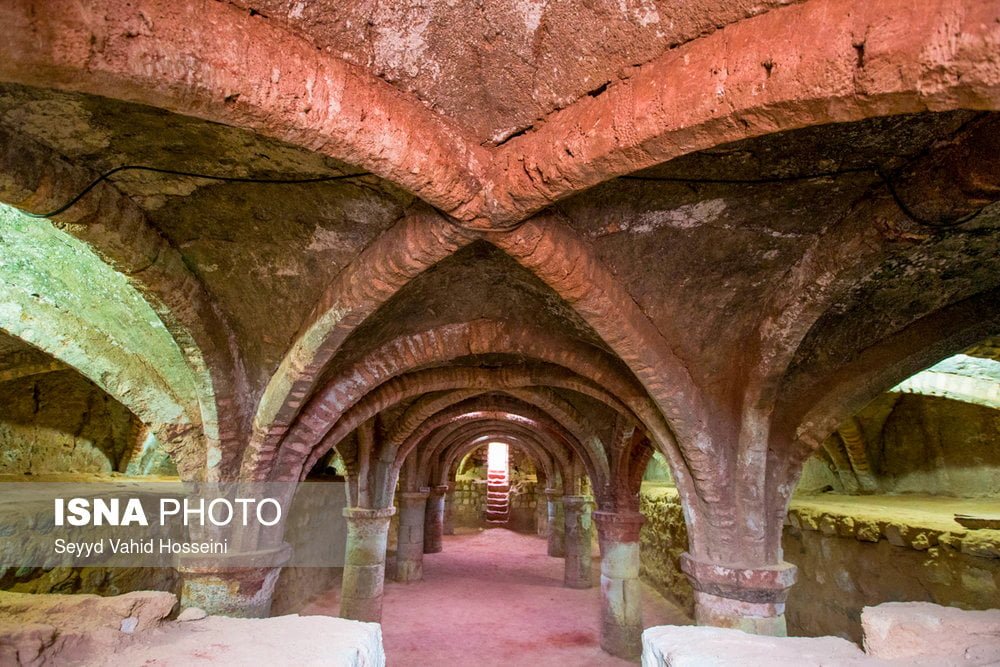 The minister of cultural heritage, tourism and handicrafts has approved a plan to renovate the Portuguese castle on the Hormuz Island in southern Iran.

During a visit to the Portuguese Castle of Hormuz Island, Ali Asghar Mounesan highlighted the significance of conducting archaeological research on the castle and allocated a special budget for the restoration of the monument.

“This monument is one of the tourist attractions of Hormuz Island and the ministry attaches great significance to it,” he underlined.

The Fort of Our Lady of the Conception, also known as the Portuguese Castle, is a red stone fortress on Hormuz Island. It is one of the last surviving monuments of Portuguese colonial rule in the Persian Gulf.

The building of the castle was ordered by Portuguese commander Afonso de Albuquerque in 1507, when his forces seized the island for a short time.

The Persian Safavid king, Abbas I of Persia (1587–1629), wanted to end Portuguese rule in the south and eventually managed to convince the British East India Company to allow its ships to cooperate with his land forces to seize the island from the Portuguese in 1622.

Constructed on reddish stone on a rocky promontory at the far north of the island, the castle was originally cut off from the rest of the island by a moat, traces of which still remain. Although most of the roof caved in long ago, much of the lower part of the very substantial outer walls is intact, with the remains lying on different levels of the site.

Inviting investors and tourists to come to Hormuz Island, Mounesan said due to the high competition for investment projects, making investment even on one metre of the island will be very difficult over the next few years.

He further continued that Hormuz Island is getting a reputation and will become one of the tourism hubs in the future, particularly in the field of maritime tourism.

“Given the closeness of Hormuz Island to Bandar Abbas, Qeshm Island and Larak Island, a unique seafront route for tourists can be set up,” he said.

Mounesan also met with artisans and artists on the island’s handicrafts market during his visit and discussed their problems.

The minister of cultural heritage, tourism and handicrafts also visited the process of implementing the project of the Hormuz Ecotourism Residence on the island.