Iran to Inject Gas into Fordow Nuclear Plant at Midnight 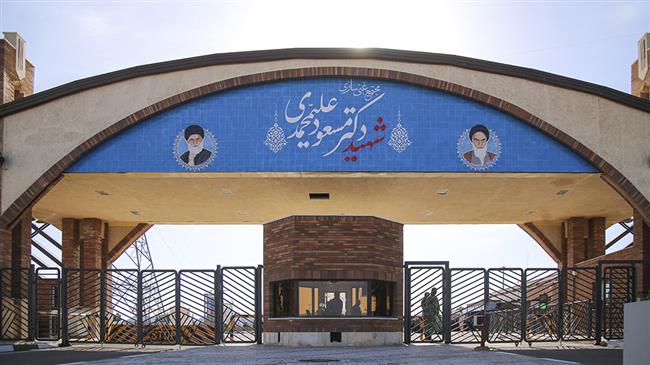 Iran is making final preparations for injecting gas into centrifuges at Fordow enrichment facility as part of a fourth step in suspending its commitments under the 2015 nuclear deal in reciprocation for Washington’s pullout and Europe’s failure to meet its end of the bargain.

A 2,800-kilogram cylinder containing 2,000 kilograms of UF6 (uranium hexafluoride) has been transferred from Natanz nuclear facility to Fordow – near the city of Qom, where 1,044 centrifuges are installed.

The deal allowed the first-generation IR-1 centrifuges at Fordow to spin without uranium gas.

The process is taking place under the supervision of inspectors from the International Atomic Energy Agency (IAEA). The UN nuclear watchdog is tasked with monitoring the technical aspects in the implementation of the Joint Comprehensive Plan of Action (JCPOA).

An IAEA spokesman confirmed that UN inspectors are on the ground in Iran and will report back on relevant activities,.

“We are aware of the media reports today related to Fordow. Agency inspectors are on the ground in Iran and they will report any relevant activities to IAEA headquarters in Vienna,” the spokesman said in a statement.

Speaking on Wednesday, Behrouz Kamalvandi, the spokesman for the Atomic Energy Organization of Iran (AEOI), explained that the first step for enriching uranium is transferring the material to the site before connecting them to the feeding lines.

The injection process will practically begin at midnight, said Kamalvandi, adding that the process will take a few hours to stabilize and by Saturday, when IAEA inspectors will again visit the site, a uranium enrichment level of 4.5 percent will have been achieved.

The Islamic Republic says the suspension of its commitments is not a violation of the JCPOA but is based on Articles 26 and 36 of the agreement itself.

Tehran says the European cosignatories — Britain, Germany and France — have so far failed to uphold their commitments.They have expressed vocal support for the deal, but failed to provide meaningful economic incentives as required under the nuclear agreement.