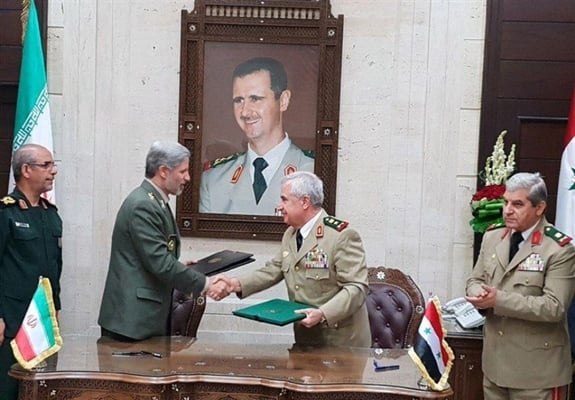 Tehran and Damascus signed a defence cooperation agreement on Sunday, signalling the two allies’ will to further strengthen relations as the seven-year Syrian conflict is moving towards a settlement.

The agreement was signed in a meeting on Sunday between Iran’s Defence Minister Brigadier General Amir Hatami and his Syrian counterpart Ali Abdullah Ayyoub.

Speaking in the meeting, General Hatami said the agreement enables defence cooperation on a wide range of areas, as the reconstruction of the country is due to begin.

The Syrian defence minister, for his part, said he is pleased to see bonds of friendship between the two countries being strengthened, as Iran is a close ally of Syria and its assistance enabled Damascus to achieve big victories over terrorists.

“We will pursue our national interests in our bilateral cooperation and will not allow any country to harm our robust relationship,” he said.

Late on Sunday, Hatami held a meeting with Syrian President Bashar al-Assad, in which they explored ways of boosting Tehran-Damascus relations.

The Iranian general, heading a high-ranking delegation, had arrived at Damascus for a two-day visit on the same day. 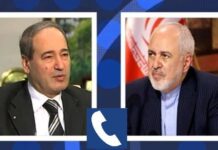