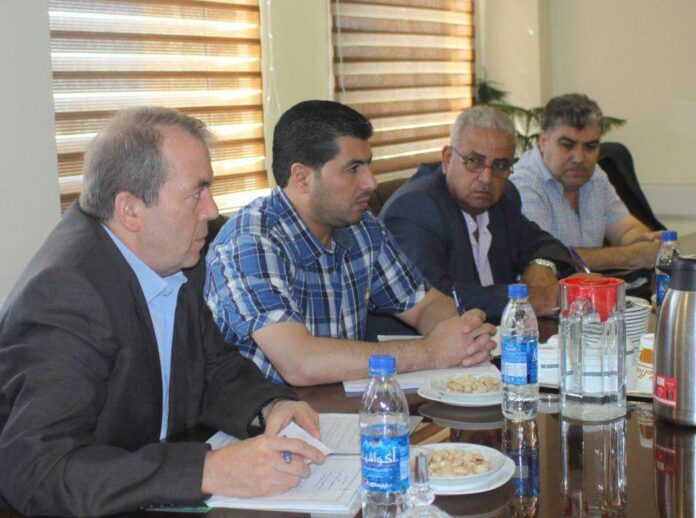 Iranian and Syrian officials have conferred on enhancement of mutual cooperation in the agriculture sector, particularly in the fields of research and training.

In a meeting in Tehran, senior agriculture research officials from Iran and Syria discussed enhancement of mutual cooperation in the fields of research, training and promotion of agricultural activities.

In the meeting, the Iranian side expressed content with the resumption of scientific relations between Tehran and Damascus.

According to a Farsi report by the Iranian Agriculture News Agency (IANA), the Iranian officials described Syria as a key regional country when it comes to agriculture and an “effective” partner for Iran as far as agricultural activities on the international stage are concerned.

The visiting Syrian officials, in turn, described their trip as a turning point in Tehran-Damascus scientific relations and promotion of cooperation in the agriculture sector. They said the civil strife in Syria has inflicted heavy losses on the country’s agriculture sector, and Syria needs Iran’s scientific-technical cooperation more than ever to solve the problems it is currently facing.

The Syrian delegation also presented a report on the country’s potentialities in the agriculture sector. They said Iran enjoys great potential in the agriculture domain, and called on Tehran to work with Damascus in building vaccine-producing factories and tackling pests.

They also welcomed collaboration with Iran in training and promotion of activities in the agriculture sector.

Among areas of cooperation agreed by both sides were procurement of fodder, aquaculture and holding short-term training programs.