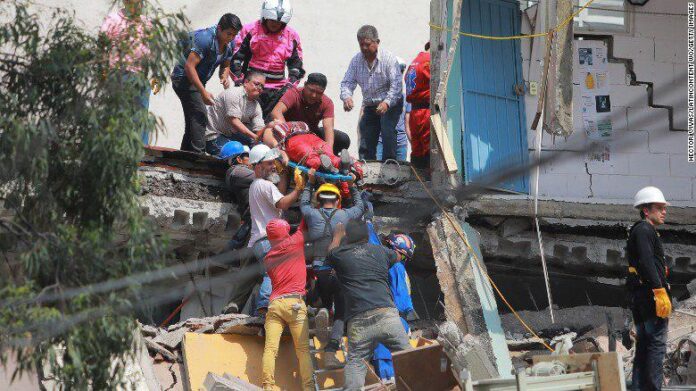 Iranian foreign ministry spokesman has voiced regret over the recent earthquake in Mexico, which has killed and wounded hundreds of people.

In a Wednesday statement, Foreign Ministry Spokesman Bahram Qassemi offered sympathy to the bereaved families of the deadly incident’s victims.

At least 216 people have lost their lives so far after the Tuesday’s powerful earthquake shook Mexico City and surrounding states.

Hundreds of people are also wounded and many trapped under collapsed buildings.

The epicenter of the 7.1-magnitude earthquake was 2.8 miles (4.5 kilometers) east-northeast of San Juan Raboso and 34.1 miles (55 km) south-southwest of the city of Puebla, in Puebla state, according to the US Geological Survey.

President Enrique Peña Nieto said 22 bodies were found in the debris of an elementary school in Mexico City that collapsed due to the earthquake. At least 30 children were still missing Tuesday night, he said.

Tuesday’s earthquake came more than one week after a magnitude-8.1 earthquake struck off the southern coast of the country, killing at least 90, according to the governor of the hard-hit state of Oaxaca.