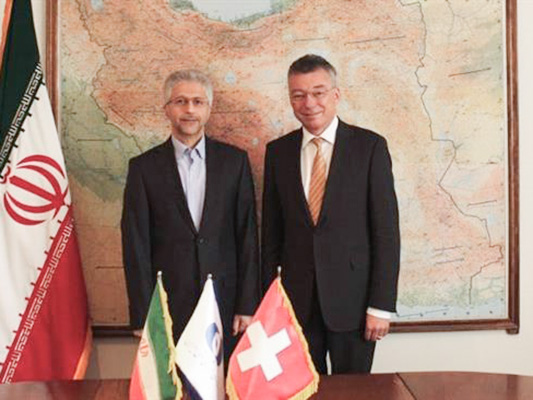 Iran and Switzerland have signed an agreement in the Austrian capital, Vienna, foreseeing bilateral cooperation in the area of nuclear safety.

The memorandum of understanding was signed by the countries’ respective top nuclear safety officials at the Permanent Mission of the Islamic Republic of Iran to the United Nations Office and other International Organizations in Vienna, IRNA reported on Wednesday.

“The agreement has been signed following Iran’s nuclear deal with the P5+1 group,” said Nasser Rastkhah, the head of Iran’s Nuclear Safety System Center, who put his signature to the accord alongside Hans Wanner, the director general of the Swiss Federal Nuclear Safety Inspectorate.

In July 2015, Iran and the P5+1 group, namely Russia, China, France, Britain, the US and Germany, signed a landmark nuclear deal, called the Joint Comprehensive Plan of Action (JCPOA).

The deal, which came into force in January, envisaged Tehran scaling back its nuclear program in return for the lifting of all anti-Iran nuclear-related sanctions.

Rastkhah said the agreement with Switzerland shows that “Iran and world countries are moving towards international interactions.”

“The pact came about on the back of Switerland’s proposal and will be a prelude to cooperation, which would take place in the area of nuclear safety.”

Back in March, the two officials had exchanged information on civil nuclear safety, when Wanner travelled to Tehran accompanying Swiss President Johann Schneider-Ammann.