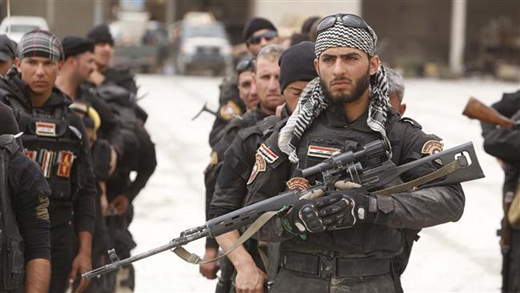 Iran’s fundamental policy toward Iraq is to support the unity and territorial integrity of that country as well as good-neighborliness, said Amir Abdollahian.

A senior Iranian official has reaffirmed Tehran’s support for the national solidarity and territorial integrity of Iraq as the Arab country is grappling with deadly violence fueled by ISIL Takfir terrorists.

“Iran’s fundamental policy toward Iraq is to support the unity and territorial integrity of that country as well as good-neighborliness and to help reinforce its stability and security,” Iran’s Deputy Foreign Minister for Arab and African Affairs Hossein Amir Abdollahian said on Sunday.

He made the remarks in a meeting with Secretary General of Iraq’s Kurdistan Islamic Union (KIU) Mohammed Faraj Ahmad Aziz in Tehran.

The Iranian official described national unity in Iraq as the key factor that will help the country weather the current sensitive situation.

The Iraqi figure, for his part, praised the Islamic Republic’s key role in the region and expressed gratitude to Tehran for backing Iraq in its battle against ISIL terrorists.

He further underlined the need to promote national dialogue and cooperation among all Iraqi tribes and ethnic groups to tackle terrorism.

Iraq has witnessed a surge in violence since the ISIL Takfiri group started its campaign of terror in the Arab nation in early June 2014. The heavily-armed militants took control of Mosul before sweeping through parts of the country’s Sunni Arab heartland.

Iraqi soldiers, police units, Kurdish forces, Shia volunteers and Sunni tribesmen have succeeded in driving the ISIL terrorists out of some areas in Iraq.

Iran has repeatedly stressed that it will not interfere militarily in Iraq, but that it will continue to provide support for the country against ISIL in the form of defense consultation and humanitarian aid.