Iran to Stand against US Violation of Nuclear Deal: President 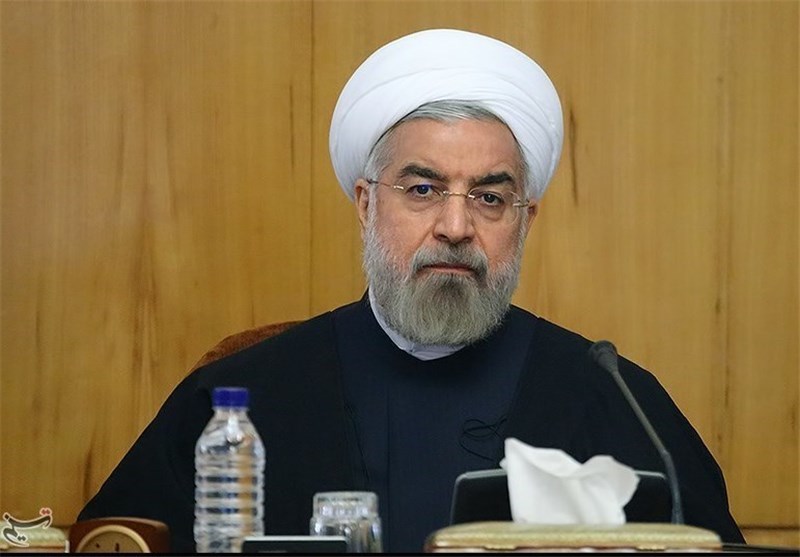 Iranian President Hassan Rouhani said the new sanctions the US has imposed on a number of Iranian individuals and groups are in contravention of both the letter and spirit of the Joint Comprehensive Plan of Action (JCPOA), pledging that Tehran will stand against such breaches.

The Americans are looking for various excuses to introduce new anti-Iran sanctions that do not comply with the letter and spirit of the JCPOA with any logic and are in breach of the nuclear deal, President Rouhani said at a cabinet session on Wednesday.

He also took a swipe at the US government for its paradoxical policies, saying it has, on one hand, confirmed Iran’s compliance with the JCPOA and on the other hand imposed fresh sanctions on the country.

President Rouhani further made it clear that any new US sanctions under any pretext will receive “an appropriate response” from Iran, noting that Iran’s Parliament has also devised retaliatory measures.

“We would not overlook the US breaches and would stand against them, but at the same time, we are aware how to take advantage of the situation that has arisen,” he added.

The reaction came after the US State Department and the Department of Treasury announced on Tuesday that they were targeting 18 Iranian individuals, groups and networks over alleged non-nuclear behavior, such as support for ballistic missiles development.

The move came a day after Trump’s administration certified to the Congress that Iran is technically complying with the nuclear deal and can continue enjoying nuclear sanctions relief.

The 159-page accord took effect in January 2016 and was supposed to terminate all nuclear-related sanctions against Iran all at once, but its implementation has been hampered mainly due to US policies.