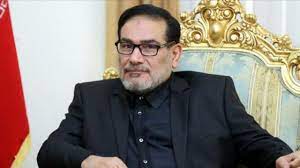 A high-ranking Iranian security official has described stability and tranquility as top priorities for neighboring Afghanistan.

Secretary of Iran’s Supreme National Security Council Ali Shamkhani also said in a twitter post that, “Failing to pay attention to the necessity for the formation of an inclusive government, foreign intervention and resorting to military tools instead of dialog to address the demands of ethnic and social groups are the key concerns of the friends of Afghan people.”

The comments by the top Iranian security official come a day after the Taliban announced the formation of a caretaker government weeks after they swept to power as U.S.-led foreign forces left the war-hit country.

Taliban are now engaged in a military operation to bring the Panjshir valley under their control. That’s where head of the National Resistance Front of Afghanistan Ahmad Massoud and his forces have been refusing to surrender to the Taliban.

Iran has condemned the attack on the valley and wants the situation to be resolved through talks.